Temple of Nudges is a brand new online slot machine signed by NetEnt and is one of the most anticipated games of the first quarter of 2019. This game, in addition to having a superlative graphic style, signature of the manufacturer Netent, has a very original gameplay. Regular casino players will know what the Nudge function is. This makes reels to slide slowly once they have stopped.

In Temple of Nudges slot machine every time you win, winning reels will slide down, giving you new opportunities to hit a pay-line. You can also find Re-Spin symbols between non-winning reels. Non-winning symbols spin again to try to improve the winning combo. In this way you can also get thousands of euros from just a few cents! 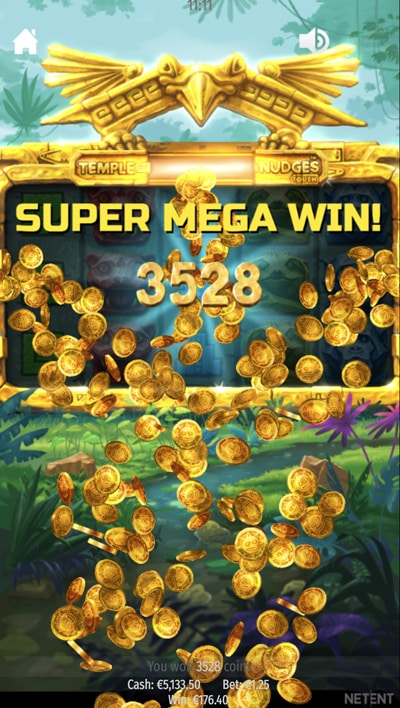 Online slot machines signed by NetEnt are probably among the most famous available in online casinos, both because they have really brilliant graphics and because of their an innovative gameplay, if not revolutionary at all.

The story behind their games is equally well taken care of, and for this reason games like Gonzo's Quest or Starburst were delivered to entertain millions of players form all walk of life for years. Today Temple of Nudges wants to present itself as a slot machine featuring Nudges again, a movement of the reels once the round is completed, creating a new type of slot game, very different from the ones we are used to.

Temple of Nudges will allow you to activate a series of winning combinations as the reels slide downwards. You will also be able to improve the winning series thanks to the Re-Spin symbols found in the non-winning reels: these will block the winning icons, while all other different symbols will run.

Graphics on Temple of Nudges

One of the strengths of Temple of Nudges, Netent's online slot, is design, both in terms of color and setting. Game is set in a central American jungle, where there are many different and colorful totems to align. In some respects this game resembles Secrets of the Stones slot, another famous game produced by NetEntertainment. Symbols that pay the most are those depicting stylized animals, such as the red puma, the golden armadillo, the sloth verse and the blue monkey.

As these symbols often appear stacked together, so they are located one under the other in the reels where they appear, thanks to the Nudges function it will be possible to win a lot of money easily. Other icons with lower values are instead characterized by stylized designs. 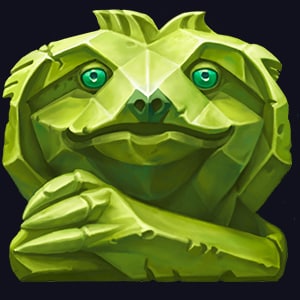 In Temple of Nudges you will find only one exceptional bonus, namely the Nudges. When you make a winning series, and to do so, all you need to do is find three identical icons in the first three reels. Reels containing winning symbols will scroll down and you will always win until the winning series ends.

Nudges function in fact provides for the reels to slide until they stop producing winnings. You can also find the Re-Spin symbols in the non-winning rolls and make the symbols that are different from the winning symbols run once.

It could happen that all the symbols in the diagram are the same and that for a few laps, scrolling, they remain the same: at that point you will see on the screen the word "Super Big Win" and will get you thousands of coins!