This type of slot was extremely popular a few years ago where the show of wealth was the main draw for players. The developers at Play ‘n’ Go have decided to give this genre a reboot with That’s Rich their latest slot. The name of the slot gives you a good idea of what to expect, and you would be right by thinking glamour and luxurious goods, and although it is not as ostentatious as Pimped which was released in 2015, That’s Rich is still out there. Pimped was aimed at the gangster wannabes, whereas That’s Rich is aimed at the female gambles or anyone into designer handbags, high heels, fashion and so on. Whether you are looking for an education or just curious read on. 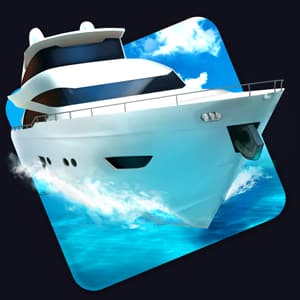 That’s Rich plays out over 5-reels, 3-rows and 10 fixed pay lines and although a simple set up the transparent grid with the background shining through is a great touch. The backdrop has been designed to replicate the Mediterranean Sea or Arabian Gulf as seen through hotel curtains. There is no doubt that it is an expensive room, however it is ideal for those who like to take a few pictures for their friends back home in the cold to make them jealous. The user interface is elegant and sports some subtle beige tones, and you can bet from just 10p per spin to a maximum of £100 per spin. Once you are ready you just select the mustard button and the auto play options will be revealed, and then sit back and watch the game unfold.

The simple set up is coupled with some simple rules with the aim to land three or more matching symbols on the same pay line starting from left to right. The symbols are expensive which is no surprise with the low paying symbols being tastefully created playing cards ten through to Ace. The high paying symbols come in a league of their own and include shoes, a handbag, yacht, fabulous house, bank notes and a fashion magazine which is the most valuable and will reward you with 40x your stake if you land five on your pay line. The wild pay a little more 50x your stake for landing five with the wild being represented by a busty lady clad in a small white dress aka the famous woman. The are two types of Famous Woman, the most common is a 1×1 tile, and an expanded version, in both instances the wild can substitute for all the symbols apart from the scatter to create winning combinations.

With all the glitz and glamour of the exterior the interior of the slot is rather rougher around the edges. To begin there is the volatility which is described on the Play ‘n’ Go meter as 8/10 which is pretty high whilst the return to player can vary from 96.72% at best but can be as low as 84.25% which proves it is important to check before you start to play. 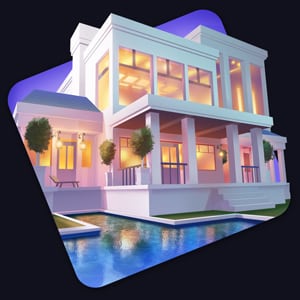 Although the whole ambience of this slot is rich, when it comes to the features it is anything but as the feature list in made up of just win spins and expanding wilds. Speaking of the expanding wilds the wild can expand to cover a whole reel on any spin and when you are playing in the Win spins feature this happens each time the wild symbol lands in view.
The Win spins are quite interesting, and they are activated by the scatter which is represented by the golden trophy, why and what the trophy has to do with proceedings is beyond me, and as there is no explanation players can make up their own reason, after all this is a fantasy slot.

Scatters can land anywhere, and when you land three or more in view you are rewarded with 5 Win Spins, each of these win spins come with a minimum of one guaranteed winning combination. You can also reactivate the Win Spins to a maximum of 20 and this can be achieved as whenever a scatter lands it rewards you with an additional two Win spins.
Just when you thought things could not get better each wild you land in the Win spins feature comes complete with an attached win multiplier. Every wild that lands increases the Wild win multiplier by +1 to a maximum of x20, and the final touch is the x20 wild win multipliers can be activated on the final win spin no matter how many you have collected in the round.

That’s Rich is a fun slot that stands out thanks to the glamorous cartoony style graphics and the Club Mediterranean feel the slot provides. I don’t want to sound prejudiced but with the symbols and imagery it is easy to assume that Play ‘n’ Go have created this slot with the female player in mind due to the stereotypical symbols that come into play.

Whether this slot is targeting female players or simply good fun from the developers and it is worth a huge 10,000 times your stake which is a big potential which gives it great appeal. The openness of this slot is endearing, and it is a slot that isn’t afraid to be what it is and if shopping and wealth is your thing this is going to be right up your street. The potential may not appeal to some and while the theme may not be everyone’s cup of tea, the lack of features may put you off too. Apart from the Wins spins there is not much more to it, having said that knowing that you will get a pay out on every spin is a tempting prospect.

To conclude, there are some great things for you to uncover in That’s Rich and this is a no nonsense, fast-paced slot that caters for all types of players and is good fun and a great way to take your self away from the everyday trials and tribulations.