Regardless of how you feel about the gaming developers at NetEnt there is no denying how graphically superb they are and their latest slot Wilderland really brings this point home. The slot is superb in terms of aesthetics and is designed and animated in true perfection. The theme and gameplay all centre around magical fairies, elves, plant life, pixie dust and magic and as so there is a certain number of players that will find this slot super cool whilst others may take a little more convincing. 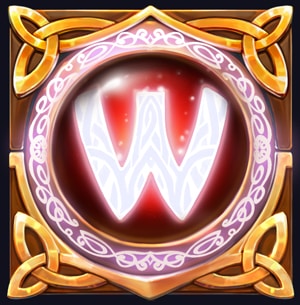 There have been several high roller slots released recently and Wilderland fits perfectly into this category. High rollers will be particularly pleased with this slot as they can bet as much as €1000 per spin. However, others will be happy to see that they have not been excluded as the stakes can also be set at 20p per spin. The slot plays out over 5-reels, 3-rows and 20 fixed pay lines, and it is easy to land a win as all you need do is land three of the same symbol on one of your pay lines.

The pay table shows the mixture of high and low pay outs concisely whilst bringing the forest theme into the fore. The low paying symbols are shown first, and these comprise of the usual and standard card suits, clubs, diamonds, hearts and spades. The symbols are shaped intricately to mimic a group of leaves with the changing colours of shades of green in the summer through to the browns that signify autumn, whilst not an important thing it does bring everything together nicely. The higher paying symbols are made up of a flower ring, Celtic silver frame, a bow and arrow that glows, a fox, a pendant and an elf damsel. The latter is the highest paying symbol and will pay you 6x your stake when you land five on the same pay line.

Many players may be a little confused with this list of symbols or some will be immediately finding their robes and go out into the forests and dance around. In terms of themes this is a slot that you will either love or hate. If you aren’t keen on the elves and fairies, then there is a strong chance that you may not be won over by the mechanics and figures either as it all comes together and runs hand in hand. With a return to player standing at a respectable 96.16% and a volatility that stands between low and medium the slot has little to back these figures up.

It is no surprise that this slot is all about the wilds, hence the name and there are five various wilds that you will come across in this game. The first wild is regular and can appear anywhere on your reels during the base game and when it does it can substitute for all other symbols to create winning combinations.

Whilst playing the base game the middle row becomes an activation zone and is highlighted. If you land two or three wilds next to each other in this zone and the Forest Treasure feature is triggered with one of the wilds turning into a walking wild symbol. The walking wild can move one step left at the beginning of each new spin until they fall of the end of the grid. In the group of four walking wilds there are a regular wild, a scatter walking wild, a x2 wild and an expanding walking wild that appears as a stack of three wilds. If the expanding stack of wilds disappears from your first reel and there are no other walking wilds on your reels you can activate the Magic wild feature and the stack then reappears on your fifth reel.

There is also a free spins feature which is activated when you land three or more scatter or wild scatters in view. When the free spins start a walking wild is added to the 5th reel. If you have activated the feature with more than three scatters you will have additional walking wilds or the x2 wild added to your reels. The activation zone expands and covers all three rows and two wilds that land next to one another will then activate the Forest Treasure feature and the magic wild feature can occur when any of the walking wilds fall of your first reel and this applies to expanded and non-expanded variety of wilds. 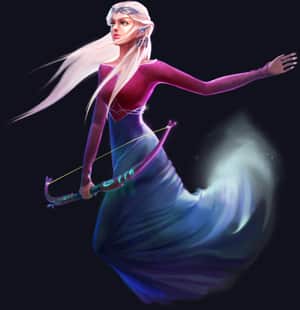 There is no doubt that the word wild is certainly overused in this review, but this is really the nature of the game and with five wilds on offer it is hardly surprising. This is a slot that you will either love or hate and there have been mixed feelings as it offers action but not super exciting when it comes to playing. The slot in my opinion is a little low key and personally I feel it has been created with low key players, and this is a slot that will draw in a certain type of player and grip them with the fantasy world the game offers. Landing a complete grid of premium symbols will pay 120x your stake plus a 2x wild multipliers that may improve your winnings, but it is not what I would class as a non-paying slot.

The developers at NetEnt know exactly how to draw players in and this slot is the perfect example with its looks, mechanics and overall welcoming stance. Wilderland will grab your attention to start but there is a distinct lack of excitement and potential that I believe will see players leaving just as quickly. I would advise you to give it a go as it may just be what you are looking for when choosing your slot entertainment.