Overview of Back to Venus

BetSoft are proud to announce the release of their latest slot Back to Venus. BetSoft was founded in 2006 and entered the slot market in 2010 and as one of the smaller development companies they have only recently began to offer their own platform for their games. 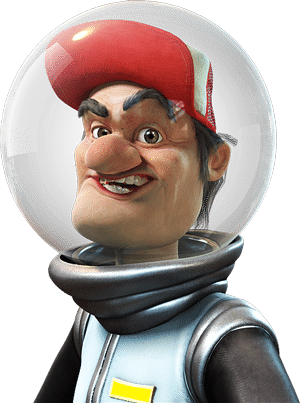 This is a delightful slot and the sequel to It Came from Venus and all players can hope is that it is just as endearing and vibrant as the predecessor. With Betsoft being at the control I am confident that this will prove to be a real slot buster. The theme is set around a huge alien plant that takes over a farm with some incredibly funny results. The slot is complete with the developers own revolutionary Second Chance features which you can read more about below.

When it comes to the visuals Back to Venus is vibrant and sharp with the gameplay that I feel sure will keep players on the edge of their seat from the minute go. The graphics used in this slot play a huge part of the slots success and those who think graphics do not matter obviously does not see the overall picture. If a slot fails when it comes to the graphics there is no doubt that it will have a great impact on the slot itself.

This slot plays out over 5-reels and 20 pay lines and is complete with two comprehensive Second Chance features to provide a sequel that will have you hooked with its crazy alien plant theme. There are some exciting features with include sticky wilds, multipliers, and re-spins. The slot can be played for free which is an excellent feature as it means you can get to grips with the game before risking any of your own money. The slot has been rated as a medium variance and offers a non-progressive jackpot that stands at 4,338x your stake. For clarification we have given this a 3/5 on our volatility scale.

Before you can start playing, you need to learn how to place your bets, the minimum bet that you can make is £0.20 per spin with the maximum being £20 per spin and the coin denominations can be set by using the button that shows +/- values, and this can increase or decrease your bet to form the total amount you wish to bet. Once you bet is placed you hit the spin button to set your reels spinning, and if you do get tired of spinning the reels you can use the auto play feature where you can sit back and watch the game play out before you. The jackpot stands at £86,760 which may not be that exciting to the high rollers but it is ideal for the low rollers and this is definitely a super slot that will keep players busy and see them coming back for more.

The backdrop of the reels is Farmer Joe’s farm and the symbols you can expect to come across are the low value playing cards from Jack through to Ace, the scatter which is represented with the rocket ship, the wild which is represented by the asteroid, then there is farmer Joe, the Venus alien plant, a cow, a shack, some alien mushrooms and a UFO sign. Farmer Joe is the highest paying symbol and you will be rewarded with 300 coins if you land five on a row with the highest bet level included. This slot has a return to player that stands at 97% which is higher that the 96% industry standard, so this is a good thing.

Back to Venus Features

There are a few features on offer in this game which are both entertaining and rewarding and include the Prickly Sticky and Re-spin feature, the Sticky Asteroids Wilds and also the Rocketship free spins, let’s take a look at these more in-depth now.

The Prickly Sticky and Re-spin

You can activate the Prickly Sticky and Re-spin feature at random on any spin during the base game. When the feature is active a symbol is picked again at random, this offers you an assortment of re-spins until you land a winning combination. The re-spins come to an end when there are no more winning combinations.

The wild is the sticky asteroid, and this symbol can substitute for adjoining symbols during a winning combination and when they explode on to your reels, they are sticky and stay in play for the following two spins.
Now you may think these features are perfect and that the slot surely cannot have anything more to give, however it is just warming up as the alien plant now wants to get in on the act!

The alien plant will erupt onto your reels as an orb of golden fire and activate the Flowering Wild Burst feature. Once this is in play the free re-spin starts and the chances of you landing the Asteroid Wilds is quite high. All the time that the plant stays on your reels you have more chance to land frequent storms of Sticky Asteroids which brings with them some exciting play.

The Rocketship free spins are the most important feature in this slot, keep reading to find out why. The free spins can be activated when you land three of the Rocketship scatters on any position on your reels during the main game. As you climb higher in the Rocketship, a new screen opens just for the free spins feature and this opens to take you on an adventure to Venus.
To begin with you are rewarded with 10 free spins and sticky asteroid wilds, and if you are lucky and land four Rocketship scatters you will be rewarded with 10 free spins and the chance to hit the multiplier wilds. Before you start thinking it, you may wonder what the big deal is because four scatters also provide you with 10 free falls, however the difference is the multiplier wilds, and get lucky and land a whole screen and the jackpot of 4,388x your bet will be paid out.

The final feature is the Double Up which can come into play after you land a win and is activated by you pressing the Double Up button. With this feature you can choose to bet half or all your win on the toss of a coin, better still you can continue to play the double up until you lose.

Back to Venus from Betsoft Gaming is a great new release and I really was wowed when the slot first opened. I played the demo game of this slot before I risked my cash and immediately made several correlations with the original “It Came from Venus” but was glad that the developers had added some extras so the two were standalone slots. Whilst playing for free I landed a won on almost every 5th spin which is great as it gives the slot a hit ratio that stands at an impressive 30%. I believe that this slot will amass a great following and whilst it may appear a little silly the winnings make it rather impressive.