Within an online casino, games such as Slot Machines and Roulette certainly have the upper hand, and the digital version of BlackJack also plays an important role. But a player who loves the full range of casino games can also find a vast assortment of other types of games, usually gathered under the "table games" label. We are talking about other card games, mini games, or instant games: below we offer you a selection of those online casino table games that are the most fun, in our opinion! 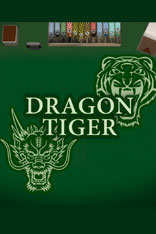 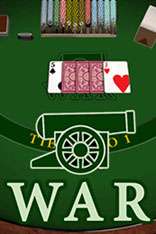 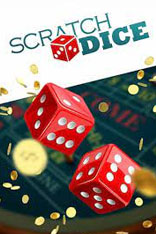 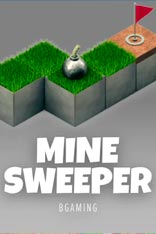 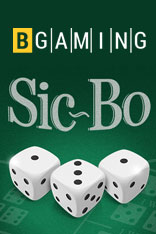 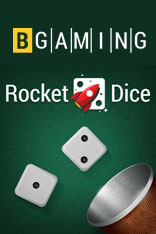 Strictly speaking, we can say that even the classic card games such as Poker and BlackJack are table games, as they are played at the green table. However, if these categories, as well as Roulette, usually deserve a separate category, given that the providers have developed a considerable number of products in these categories, other card games are instead placed in the group of table games. This is for example the case with Baccarat.

Baccarat is a very simple and very popular game in land based casinos; their virtual alter egos reproduce the same atmosphere of a real casino, presenting in front of you the green table on which you can place your bets, and on which you will see the cards distributed. The aim of the game is to arrive at a value that is as close as possible to 9, without exceeding it. The opponent is the bug. We offer you the demo of the version of Baccarat created by BGaming, where pleasant music and captivating graphics will accompany you in every phase of the game.

Another much-loved, albeit less well-known card game in the West is Dragon Tiger. It does not differ much from Baccarat: in this case the player must try to guess who between the “dragon” and the “tiger” will draw the highest value card. This table game requires a bit of strategy and can become very exciting: you can play it for free with the version created by Habanero that you find on this page.

Habanero also offers you another card game perhaps less known than others, but no less compelling. It is called War and is played with 26 cards, although the player does not know which cards he has in his hand. He then has to turn them one at a time, and the one with the highest one wins. However, if the two cards were to be identical, the war begins! The war is fought with three cards face down, and with the fourth which is face up. whoever has the highest value is the winner. We understand how this can be a very eventful game, which in turn requires a good dose of strategy.

Gambling was born with very simple and small tools, at least according to the reconstructions made by archaeologists and scholars: we are talking, of course, about dice. The most basic bet that can be placed concerns the result of a roll of the dice, to see who, between two competitors, manages to add the highest number on their faces. Of course, even the world of virtual games has not escaped the charm of these small cubes of numbered faces, and here there are numerous software that allow you to revive this timeless game.

Sic Bo is an oriental game, and some even claim that it is the first structured gambling game ever invented in the world. Sic Bo simply means a pair of dice, and in fact it is played with three dice. There are several bets that you can place after setting your stake with a chip. BGaming offers a very engaging and well-made version of it, which allows you to see the dice rolling at the top of the screen. BGaming has also dedicated other titles to the world of dice: Scratch Dice is a table game that combines the mechanism of Scratch Cards with the game of dice, while Rocket Dice is the classic version of the game, which also allows you to try double your eventual winnings.

Finally, in the table games category we can also include many other games of different nature, which are also called instant games due to the fact that you know immediately if you have won or lost, and how much you have won. Minesweeper is one of these, and nothing but the very classic game of the minefield in a new, more modern and captivating version. You just have to choose where to move your steps, hoping not to end up on the mine. The more you advance, the more you win, but you can decide to stop and cash in whenever you want.

There are many other games that can be grouped in this very varied category, such as Scratch Cards, or games in which you have to stop the flight of a plane or the advance of a tank in order not to lose what you have won up to that moment.  Sport games are also very popular among players: you can find pool table games online, table tennis online games, table hockey games online but also periodic table games online if you are looking for something more unsual.

What the players of instant games like is that they are really easy, there are no rules to remember, as happens in card games. In addition, every game is very fast and you can try your luck even in your spare time. In fact, remember that all the games we talked about can be played both from desktop computers and from mobile devices: so you can always take them with you!

Start exploring the world of table casino games with our free selection, and find out which categories you like best and then search for them in the best online casino!

What are table games?

Table games are games of a different nature that you can find in online casinos.

What is meant by table games?

Usually, these are games that take place on the green table.

Is Baccarat considered a table game?

Yes, and other card games along with Baccarat.

What are dice games?

What are instant games?

Instant games are also table games; these are simple and quick games where you immediately find out if you have won or if you have lost.