Overview of Gates of Olympus slot

How do you think you would react if you made it to the Gates of Olympus and coming face to face with Zeus looking completely hacked off with his piercing blue eyes ready to rain bolts of lightning on your head? Whilst you do not have to contend with this the Ancient Greek gods, they are a fickle bunch, who have basically been bestowed with the power to do exactly what they want to. Us mere mortals had to keep our heads down and hope that we did not catch the Gods on a bad day!

It is true that many players may insist that you cannot find this fickle spirit in gambling, running hot then cold. But if so, this slot would be totally appropriate. Although this theme is a common one Pragmatic Play has included an unusual pay anywhere system. Players will be used to the pay-all-ways, however rarely are the regular symbols particularly the scatters able to pay from any position obviously provided there are the required number in view. When this feature is combined with cascades and multipliers you will see that all manner of mayhem is possible. 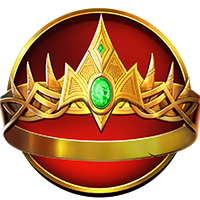 Candy is not what you would think of when you have a slot that involves Greek gods and Olympus. However, when you realise that this is the follow-up to a degree of Sweet Bonanza, which was a huge success for the developers due to the supposed huge potential and multipliers. These elements return for this slot, as well as several changes both big and small.
When it comes to the symbols there are nine regular symbols with the lower payers created as five gems of various colours and the four premiums represented by the cups, rings, egg timers, and crowns. When it comes to the values landing 12 of the same premium symbols will see you rewarded with 12x to 50x your bet. The symbol that is missing though is the wild, but with this type of pay system you can see why.

The slot plays out over a 6-reel, 5-row grid that is set in Olympus, with Zeus standing to one side ready to take charge at any moment. This is a long way from Sweet Bonanza, and the experience feels heavier than if you were having to stare at a land full of swirling pink candy. When it comes to the return to player this is on par standing at 96.50% whilst the developers have ramped up the volatility and rate it as a 5 out of 5, so as high as it gets. What is strange though is that the potential has dropped down from a massive 21,100x to just 5,000x. This could be a nod to their over exaggerated potential that has been advertised in the past and now the developers are aware they have reined things in to provide a more realistic outcome.

The bet range starts from just 20p per spin to a maximum of £125 per spin and the game can be played on any device making this a slot that has the potential to attract a wide audience. To land a win you need to land 8 or more of the same symbols anywhere on your grid. Winning symbols are removed, and others will drop down to fill the empty positions, possibly creating new wins. This cascade effect repeats until there are no new winning combinations available. 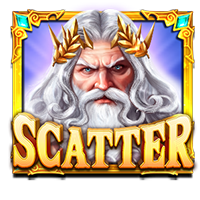 Whenever a multiplier symbol lands, they have a random value of 2x to 500x the stake, if there is a multiplier already present the value is added to your total at the end of the cascades. If you have more than one multiplier the totals are added together prior to being applied.

If you land 4, 5, or 6, scatters at the same time will be rewarded with 3x, 5x or 100x your bet as well as 15 free spins. If your free spin, then provides a win any of the multiplier symbols that are visible are added to the total multiplier. The best thing is that the multiplier does not reset it either stays the same or rise throughout the round. You can also extend the free spins by landing 3 more scatters and you are rewarded with an extra 5 free spins and there are no limits to how many times you can reactivate this feature.

The Gates of Olympus also offers an Ante Bet, which only costs an additional 25% of your bet, and for this you get extra scatters added to your reels and this in turns doubles the chance of activating the free spins. The free spins in some cases a bonus buy can be available for 100x your bet.

Even though Pragmatic Play have moved the action to the heavens, this slot is far more grounded than Sweet Bonanza. The potential feels more achievable and representative all at the same time. It is good that the pay-anywhere feature is still available, and it is an entertaining system and rather more unusual that the development team do not roll this out in more of their slots. At times there are win chains sparked and use more of the grid than it would in a regular slot. The developers have also enhanced the experience by tweaking previous features which means that Gates of Olympus provides a new, more volatile all-encompassing gaming experience.

Probably the main highlight of Sweet Bonanza was the rainbow bomb multipliers that would drop from a cloud to increase the pay-out. This feature was only available in the free spins. Gates of Olympus however reaches a spectacular 500x which can increase a regular win in every phase of the game. Obviously, the free spins are where the action peaks and due to the multiplier not being reset it is a great way to collect decent wins. This is a feature that was not available in this slot’s predecessor. You can also win some decent prizes when you land clusters of 10 or more and this is a major incentive for activating the free spins.
Gates of Olympus is a far more attractive slot for hardened gamblers than Sweet Bonanza. As well as having a more serious theme, the volatility is high, and the realistic figures are stated. I would rate this slot as 8/ 10 and recommend all players to give it a spin or two.

What is the return to player on offer in Gates of Olympus?

Is this a follow on from any other slot?

Gates of Olympus is the follow-up to a certain degree of the slot Sweet Bonanza from Pragmatic Play.

What features can you expect to trigger?

There are multipliers that do not reset, free spins, tumble feature and an Ante Bet function.

What devices can you play Gates of Olympus on?

Game of Olympus is available to play on all devices.