Spinfinity Man is the latest release from the developers at Betsoft Gaming.  Players are invited to join in with some super-hero fun and when crime occurs in Metropolis Spinfinity Man is on hand to fight crime, keep everyone safe and be the saviour of the entire city. Saving the city is no mean feat players will find that it is easy to feel at home as soon as they launch the base game. 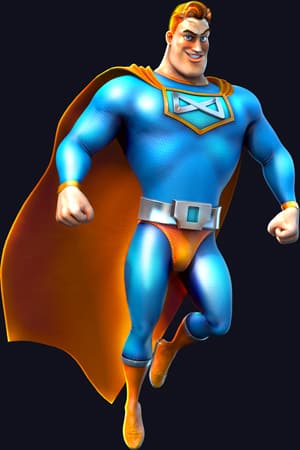 Spinfinity Man plays out on a 7×7 cluster grid and provides the opportunity for players to win as much as x5,000 of their stake, therefore there is plenty for players to get excited about. Spinfinity Man not only uses his superpowers to accumulate enormous winnings, but he is also prepared to take on the evil Mr X, chasing him across Metropolis and battling with him to provide players with their chance to land some really big wins in the bonus rounds.

This slot is a fun take on fabulous comic book superheroes. This is a cascading game in which groups of four or more of the same symbols explode to create winning combinations. The random powers that Spinfinity Man takes on are shown in the form of animated 2×2 symbols, which then activate new cascades and players may also see an avalanche of wins if they are lucky.

There is a laser eye beam that can be used to burn away either an entire column or complete row of symbols, or if the player finds a double beam, they can see the column and row burnt. The icy breath can freeze and shatter both large and small symbol clusters and telepathy can see all matching symbols either in colour or form being removed.

Aim of the game 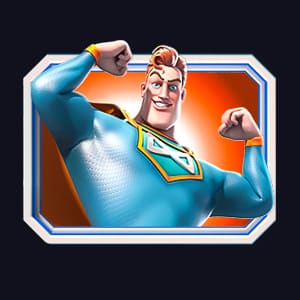 The aim for players is to demolish four or more symbol clusters that have varying win values and enjoy the prizes. No deeds go unrewarded in the city of Metropolis and the more players play the greater their chances are of being captured on film by their fans. When the camera flashes, the symbol clusters will explode and then activate a cascade. However, players must remember that the evil Mr X is whizzing around the city. Players that find him ten times will trigger the symbol in the midst of a cascade and immediately enter the bonus round.

Spinfinity Man can be seen in the front page of every newspaper Spinfinity Man has a hoard of fans. Wherever Spinfinity Man goes whether the base game or the free spins feature his female fans follow hoping that they could get a picture with their idol. When the girl snaps a photo a cluster of symbols burst triggering a cascade immediately. The female fan cluster restarts with every new sin meaning that Spinfinity Man can prove himself as well as posing for more pictures all over a day.

Solving crime on the streets is all in a day’s work for Spinfinity Man, however the evil Mr X is hatching his next master plan and it is down to Infinity Man to follow the clues, fill up the meter that is purely dedicated to Mr X and catch him right in the middle of mischief in the excellent bonus round.

In this bonus round Spinfinity Man and Mr X come up against each other however the evil Mr X has the upper hand as he has substituted all of Spinfinity Man’s power symbols with his own and this increases the odds of them to appear. Players who are feeling lucky can have a go at doubling their winnings with the flip of a coin.