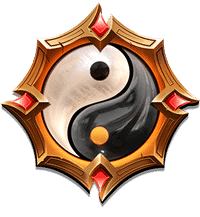 The saying is that all good things come in threes and Play ‘n’ Go has set to prove this statement right with their latest slot offerings. This slot is one of the three titles complete with progressive jackpots that they have launched with the others being Celebration of Wealth and Beast of Wealth, with all this series having a truly Asian theme. There is no actual reason that there are three new slots but there will be no complaints from jackpot hunters particularly as this gives them far more choice. When it comes to the base game things are straight forward and complemented by two features, the free spins, and the progressive jackpots.

As stated above this slot has a heavy Asian theme and the best way to describe this is that the developers have brought their own souvenir shop and tipped the entire contents into this game. There is a strong traditional vibe with the slot using the colours gold, red and green extensively which are then complemented by the leaping fish statues and smiling divinities. Out of the three new titles this is a total Chinese fest! So much so that players will either love the style or the whole thing will be a turn off. The slot is well designed, and play takes place inside a temple that is aptly surrounded with solid pillars which are bathed in the golden sunshine.

This slot plays out over 5-reels, offers 243 ways to win and can be played on all devices. When it comes to placing your bet the minimum stands at just 10p per spin with the maximum being £100 per spin, this is a good range and as so is bound to attract all types of players. In comparison to the other slots from Play ‘n’ Go you will notice that 1.5% has been trimmed to grow the jackpots.
Temple of Wealth may be played on any device, by choosing bets of 10 p/c to £/€100 per spin. Each stake has 1.5% trimmed off to grow the jackpot. When selecting a bet, know that the bigger the There is proof though that the higher you bid the more chance you have of activating the jackpot feature. The math model is close to that on offer in Celebration of Wealth as both slots have a return to player rate that stands at 96.2%, and the developers have stated that the slot is fairly high when it comes to the volatility and rated at 8/10. It is worth remembering that the return to player can be altered therefore we advise you always check this before you begin to play.

When it comes to the symbols you can expect to find 10 on the pay table, five low payers which are created from the usual playing card symbols and five high paying symbols which are represented by a sycee, coins, a Fu baby, the smiling Caishen and a gold fish and these will pay out two to ten times your stake if you manage to land five of the same symbol. The wild in this game is represented by the mysterious red door and this can appear anywhere on your reels and can substitute for all symbols apart from the scatter to create winning combinations. 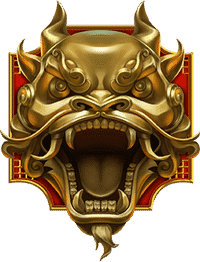 There are two features to get a handle on in Temple of Wealth, the first is a triggered set of free spins and the other is the headliner of the show, the progressive jackpot feature.
The scatter is represented by the balanced harmony that is the Yin & Yang symbols which when you land three, four or five will pay you 5, 10, or 50x your stake and also then activate the free spins feature. You then get to choose the format that the feature takes and there are 6 different choices on offer, which each determining the amount of free spins you get and how many mystery symbols are added to your reels. The options on offer are 8, 10, 12 15, or 20 free spins and 48, 38, 28, 18, or 8 mystery symbols offered, respectively.

You will not be able to fail but notice that this slot uses the number 8 heavily and this is due to it being the Heavy on the number 8, which as you probably know is thought of as the luckiest number in Chinese culture with it also bringing fortune, wealth, and a high status. The final 6th option is the lucky dip which will provide you with a random number of spins and mystery symbols.
When the mystery symbols make an appearance they stick to the reels and spread to cover one position either above or below and eventually will cover the full reel before going our of sight, with every mystery symbol that lands in view it will provide the wins as per the symbol it replaces prior to the win amount being awarded.

There is one difference in this slot from other games and this is that there are no chance for you to win additional free spins, however this is not all bad as the next feature is the jackpot and this can only be awarded from a paid spin. During the base game one to five reels can randomly turn into gold reels. If you get lucky and land a wild on the gold symbol you will be rewarded with the progressive jackpot feature and you are then guaranteed to win at least one prize. During this feature, 12 coins show in a 4x3 formation and cover the screen, you then get to pick them one at a time until you reveal three matching jackpot animal symbols. These will be either phoenixes, dragons, tigers, and turtles which are all associated with the Mini, Minor, Major, or Grand jackpot.

As stated above, Temple of Wealth is one if the three new slots from Play ‘n’ Go to offer the four progressive jackpots, and whilst the slots do bear close resemblance, they are not complete copies. The slot is well designed with a strong theme and many ways to win. In my opinion this is a great slot for all types of players as there is a wide bet range and plenty of potential.