Released today Wild World is the newest release from the developers at NetEnt and for the very first time the developers have produced a split-screen gaming lay out with a progressive story and multiple bonus rounds. The slot is played out over a 5x5 game grid and is set to knock the socks off the competition!

Wild Worlds can be played on all devices and players can bet from as little as 0.20 up to 400 coins per spin making this an appealing slot for all types of players both old and new. Players can expect wins from 0.4 to 100 times their stake when they manage to line up five of the same symbols on their game grid. This is a high variance game but does offer players a generous 96.47% RTP. 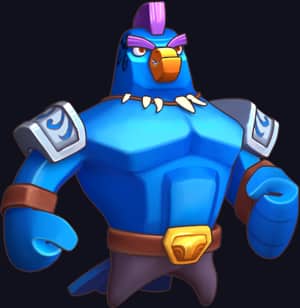 Visually the split screen does take a few minutes to become accustomed too and on the left of the base game screen there are three cartoon styled feathery looking characters who are the agents and adorned in pink, blue or green and they can be found sitting in the control room. The background changes in this game dependent on which part of the action the player has received for example in the free spins round the background turns into a battlefield as the heroes (agents) face the grotesque monsters. The action in the slot is perfectly paired with a modern upbeat EDM track with a distinctive bass sound which is really popular today.

The agents can be seen summoning their super powers to save the planet from the huge ugly monsters and are found sitting in the control room located by the side of the 5x5 grid getting themselves prepared for their random and bonus missions which see them having to slay all the aliens. The right of the game grid is full of various gems in all shapes and sizes. So, if you think you can handle it hang on for a truly hair raising adventure through this highly volatile slot that is complete with tumbling reels, a frenzy of bonus games and multiple levels of free spins that could see players winning as much as x2,500 their bet. 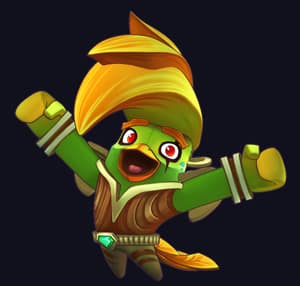 Players will come across six regular symbols in Wild Worlds and these are depicted by gems of various colours and shapes. The heroes of the game each have two pay symbols attached to them in matching colour and these play a vital part in the Hero Wilds feature and the free spins. The low value symbols are represented by green gems that are complete with a feather, pink gems with a thunderbolt and blue gems that sport a quiff. These are then followed by green, pink and blue gold-ornamented gems which sit in the mid-range in terms of pay outs with each of them complete with a silhouette of the matching hero. The premium symbols in Wild Worlds are represented as a black symbol wearing a crown and a further wild, and the scatter is represented with a symbol that has an “S” on it and the scatters have the power to activate the free spins if the player lands three or more on their reels in a single spin.

With this being a cascading grid, the slot has tumbling reels, and players that land three, four or five of the same symbols either vertically or horizontally will be rewarded with a win and the symbols then explode to make way for new symbols to drop into the empty place. The spin sequence will end when there are no new wins from a cascade and all wins from the consecutive spins are paid in one amount prior to the start of the next round. 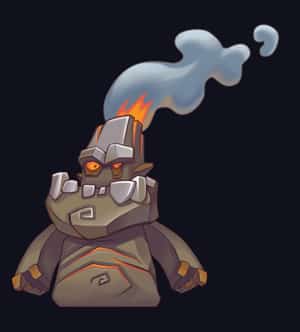 The first two features on the game are the Random Destroy and Hero Wilds and only the Hero Wilds is available in the free spins and the base game. The Random Destroy feature can activate when the players have a losing spin in the base game once the symbols have settled. One of the three heroes are selected at random to guard the two matching pay symbols, and all of the other symbols in view apart from the wild or scatter are destroyed. The remaining symbols then tumble to the bottom of the grid and new ones fall into place which gives players a really good chance at landing a win.

The Hero Wilds become active when one or more winning combinations complete with silhouette symbols are landed on a spin or through a tumble. Although the winning combination will explode like any combination spin or tumble, any other matching symbols that are in view will become wild which creates even more ways for players to land some additional wins.

When I trialled this slot and got to the main feature, I was surprised to find that it was neither a simple free spins feature or a pure bonus game. It had multiple levels and it took me quite a long time to complete each of them. However, players should note that they need to hit at least three scatters in one spin to activate the eight free spins that are up for grabs.

Central to the bonus feature are three different worlds which are the Dark Forest, Ice World, and Fire Lands. Players can progress through each of these by fighting and beating the monsters that are living within them. The feature starts with the game leading players to a second screen where they will come across a wheel which randomly select which world players start with.

Every one of the bonus lands awards players with a distinctive wild modifier once they have defeated the monsters. Players will see that a friendly alien styled bird will drop them in a special pattern on the game which are different for each off the world. The Dark Forest world is complete with Spreading Wilds, which turn random position on the players reels wild after the monster has vanished. The Ice World is complete with Heavy Wilds, and these are made up of one or two stacks o two wilds which are placed at random on the reels, the Fire Lands world is complete with Random Wilds which will turn two to four pay symbols into a wild symbol.