Crazy Starter is one of the new slots from the development team at BGaming is played out over 5-reels and 9 pay lines and offers players an old-age formula that has existed since slots were first invented, yet Crazy Starter is dressed up in its own novel way. If I was asked to place Crazy Starter in a poll of similar slots, I would have to place it way down on the list of contenders, having said this the slot cannot be classed in any way inferior.

This is a classic penny slot which has taken its inspiration from the similar slots that could always be found in the darker corners of land-based casino where poker and or blackjack were considered the centre stage games. Unsurprisingly though, this is not so nowadays. Crazy Starter has some entertaining graphics complete with vegetable and fruit sequences high paying symbols and some truly quality sound effects which provides players with the whole entertainment package all in one penny slot. 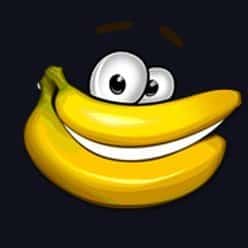 Statistics have proved that the total e-revenue made by several iGaming activities worldwide stands at 20% and this comes from as been estimated that of the total e-revenue generated by various iGaming activities around the world, more than 20% can be easily be put down to simple penny slots such as Crazy Starter. Those who have been playing slots for years will find that this is an incredibly easy slot to play, and the various functions in the dashboard easy to navigate. In fact, even those with little or no slot experience will be able to find their way around Crazy Starter.

When playing Crazy Starter there is very little for players to do once they have decided on their bet and set the reels spinning. About the only thing players can do is choose the number of pay lines they want to activate although they could just rely on their instincts.

When it comes to betting this is a penny slot therefore players can a minimum of one cent per line with the maximum bet fixed at one dollar. Therefore, the most players can stake is nine dollars and no less than nine cents per spin. This will certainly be good news for beginners however not so much for the high rollers. 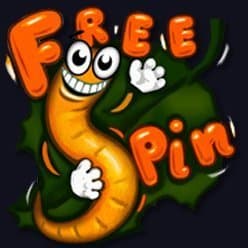 There is no doubt that Crazy Starter is simple, and players will have a great time playing it, but it will not test their imagination. All the regular symbols in Crazy Starter are either angry vegetables or happy fruits and whilst they don’t pay out that well players will have a great time spinning the reels and that’s all that really matters. The highest paying regular symbol is the irate pepper and players that land a combination of five will be rewarded with 1,000 coins.

If you have found yourself thinking that this is a crazy slot, things are about to get a whole lot crazier! Players will find that they can build up some good winnings in the base game thanks to the special symbols. The wild in this slot is depicted by a highly decorated card that screams wild and although the wild doesn’t pay anything out it can substitute for all the regular symbols to help players create winning combinations.

The scatter is more help and is represented by a happy looking worm and can appear on the second and fourth reel and landing a pair of scatters will reward the player with 15 free spins where the third reel converts automatically and becomes completely wild. Certainly, one of the easiest win-win scenarios players will ever come across.