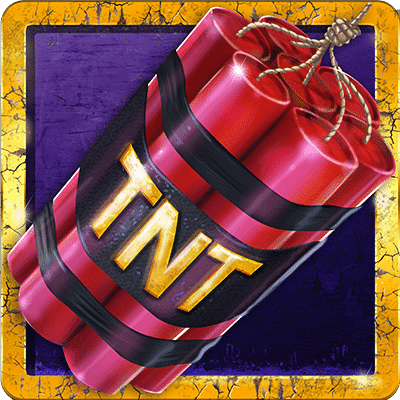 Introducing the latest addition to Booming Games’ portfolio of impressive slots, we give you Danger Zone. The title eludes to the marked area you find around a mine that prevents explosives and dynamite from damaging nearby properties and trespassing, and so is a dead give away of what this slot pertains to.

One thing that Danger Zone does bring to the table is a reel complex that Booming Games have not yet used in their many releases. The layout is a 6 reel and 4 row grid which has a total of 25 pay lines across the grid.

The reel itself is set in the entrance to a mine, with the stereotypical wooden supports either side. Dark grey rock surrounds the area, and a box of TNT sits beside the reels, obviously waiting to explode! One thing to note is the attention to detail given to the overall look of the game, with behind the reels showing the interior of the cave, with the symbols hovering in front. A simple detail, but a powerful one.

The betting for the slot is higher than slots we have seen released recently. The range begins at 25 cents and continues to be as high as €250 per spin. Now it may not seem a lot when we say there is the potential to win 2,000 times the stake, but when playing at the highest level, €250, you could walk away with €500,000!

The RTP (Return to Player) is a little less than impressive. Recently we’ve seen almost all slots hitting the 96% mark, but Danger Zone falls short, settling at 95.12%. It’s not bad, but it isn’t the most impressive in the world. It means that, in essence, every €100 you put into the game, you should theoretically get €95.12 out of it. However, since every spin is random, you never know.
The volatility is low, giving all players the chance to win and not take huge risks. That being said, risk takers may want to look elsewhere. The risk of too little risk is a boring one, but the small volatility does keep small wins constantly coming in. On a positive note, you do not have to wait long to trigger the bonus rounds as you spin, which gives you the chance for bigger wins! 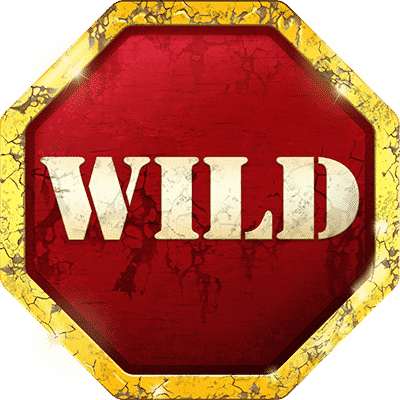 Moving on, we can turn our attention to the pay table of Danger Zone, but it is nothing we are unfamiliar with. Firstly at the lower end of the pay table, considered Minors, are the blackjack royals of A, K, Q, J and 10. There are made of stone, with a dark and light grey marbled effect across them. Next we have four stunning precious stones, which are known as Majors. These are purple, blue, green, and yellow. The yellow-gold precious stone is the one you want to land the most out of the regular symbols as this pays 10 times the stake for a pay line full. The other majors, the purple, green, and blue stones do not come far behind the golden nugget sitting at 8, 6 and 4 times the stake, respectively.

Triggering wins is easy, and you only need to line up three or more identical symbols across one of the pay lines. Due to the 6 reels, the maximum combinations possible are 6 icons, but this still helps build impressive wins. There is also the wild symbol, which is represented by a circular warning sign, and this can substitute for any other symbol on the grid. It also pays out massively, giving you 80 times the stake when matching 6 on a pay line.

Like all mining themed slots, Danger Zone relies on the usual activities of real-life mining in order to execute its extras right and give the player a fully immersive slot. Compared to Relax Gaming’s TNT Tumble which saw drilling wilds, the blasting the grid with dynamite in Danger Zone is less than impressive; however, we think it might be more powerful.

On any given spin, symbols that take the shape of dynamite sticks bundled together can appear on the grid alongside the regular icons and the wilds. Their appearance does not come as a surprise to the player as everything begins to shake up right before they land. When they do land, they will transform themselves, plus up to 8 other symbols around them, into Majors.
Scatters are represented in Danger Zone by Danger Skulls. If you land three or more, you will enter the 8 free spins bonus round, where dynamite explosions will transform everything into wilds instead of Majors.

Because wilds are the highest paying symbol of the slot, getting a full grid of them will award you the biggest possible pay out of 2000 times the stake. Since a full line pays 80 times the bet, and there are 25 pay lines, as long as each of these pay lines is filled, you’ll be in with a chance of winning up to €500,000! And this is surprisingly easy to trigger thanks to the low volatility of the slot.

We are a bit stuck when it comes to concluding Danger Zone with our final thoughts. There are pros: the slot is well-designed, and well-executed, with extras and interesting gameplay. But there are cons: the extras are not utilized fully due to the mediocre potential and while there is a super-friendly math model, the big wins are reserved only for those with a big bank balance.
It is an entertaining slot, there is no doubt about it, and it doesn’t follow the same stereotypical stone-based games we’re used to seeing. More laid-back players can stack up wins with the smaller, more frequent wins, whole the high-rolling experienced players will be wholly confident in setting the €250 bet and trying to win the €500,000!