With a Halloween theme and creepy witch-inspired gameplay, Witches Wild Brew has been released just in time for the spooky season. Booming Game have created an action-filled graphically-stunning slot with enchanted forests keeping players enticed into the lair of both good and bad witches. With a total of 5 reels and 4 rows, this slot is played over 25 active pay liens, which deliver incredible wins of up to 2,500 times the total stake bet. With features like Pick a Raven, Bursting wilds, multipliers and free spins, this whole slot offers creative designs at each turn. The creepy gothic-style design offers the spooky surprise this Halloween season needed, with the main fright being the amount you can win in this scare-tastic slot! 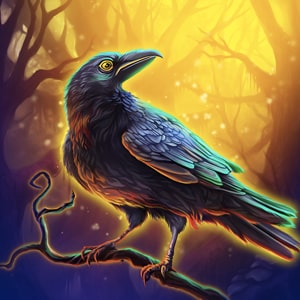 This slot plays from 25 cents up to $250, offering the chance for anyone, regardless of their budget, the chance to win plenty of spooky prizes. With up to 2,500 times the stake available to be won, there is the chance of players winning up to $625,000. Whether you’re frightened by witches or find a kindred spirit in their magic, this potential win is enough to enchant anyone into wanting to take this slot for a spin.

The theme does not stop with the symbols, each adding to the creepy witches design. The lower playing symbols are shown on the reels as the card royals, each in a different devilish green shade. Higher paying symbols include the black ravens, witches and disgusting potions brewed in gruesome cauldrons. There are plenty of witches, one being a pretty witch. Her looks will deceive you, with all other witches showing as ugly old hags, evil pouring from them. The Cauldron, complete with potions, is the scatter for the slot. All the symbols pull together to offer the player a chilling creepy slot to delve into during this ghoulish season. 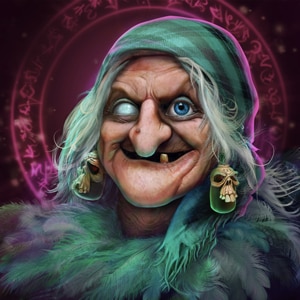 Freaky features for all…

The design isn’t the only stand-out part of this spine-chilling slot; the features are something to behold too. In this slot, the wild is a feature, giving the potential to be substituted for any other symbols in all types of combinations, as long as there is regular symbols involved too! The Bursting Wild is an additional feature, which means the wild symbol can expand and occupy the positions surrounding it. Up for 8 extra wilds can appear on the reels, depending on where it is placed on the reels.

The Bursting Wild Multipliers is another feature involving the wilds, giving the player the chance to boost their winnings further with multipliers of 2x, 3x and 5x attached the wilds. However these are not guaranteed to trigger, but we reckon it’s worth bearing in mind!

Matching three or more cauldron scatters will trigger the free spins feature for the player, giving either 15, 20 or 25 free spins, depending on the number of scatters used to trigger it (3, 4 or 5 respectively). If 5 scatters land on the reels, not only will they trigger the maximum number of free spins, but they will also award the player a humungous 1,500 times their stake! Additional rounds can be triggered with the free spins feature. The final feature is the Pick a Raven feature, which triggers randomly in the base game. This is not influenced by anything and will randomly give the player three ravens to choose from. A prize is allocated for the raven chosen.

Whether it’s thrills or scares you’re after, this slot has plenty to offer. The kooky features and spine-chilling graphics pull together to make this spooky season a new season: The Season of Witches.