for playing with Eagle Power Hold and Win:
TAGS most-popularresponsive 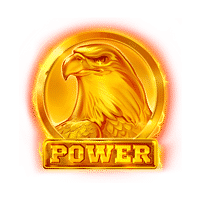 The main feature, as we keep alluding to here, is obviously the Hold and Win bonus, triggered when players land six or more of the bonus or 'power' symbols on the reels simultaneously. Once the feature triggers, the power symbols will be locked in place, and players will receive three re-spins on a new reel set on which only power symbols and blanks can land. The idea is to keep landing power symbols, reset the re-spin counter, and set yourself up to win jackpot amounts. This game also comes with a free spin round. All features will be explained in more detail later on in the review.

The theme for Eagle Power Hold and Win is the North American Wilderness, most likely the mountainous regions that form part of the Rocky Mountains, which extend over both North America and Canada. The specific territory for the Bald Eagle spans right across North America, most of Canada and even as far south as Northern Mexico. This means that the background that we see in this slot could be any mountainous region across a massive continent. However, the slot doesn't just concentrate on the Bald Eagle but many other large beasts from that part of the world, giving players an exciting introduction to North American fauna.

The background for Eagle Power Hold and Win is a mountain vista from the perspective of a soaring bird, rising high above the mountains and rocky uplands of a vast valley. The details are pretty scant, yet the overwhelming blue colour and elevated perspective give the picture an almost ethereal feel that creates a calming setting for the more dynamic action seen on the reels.
The board has been designed to emulate a wood cabin, with small details such as wind chimes and feather decorations, giving the board a rustic DIY feel.

The symbols for this game consist of 8 regular symbols, split into two categories. The lower-value set of symbols comprise the classic J to A in playing card royals. However, the high-value set comprises all the various animals you will see on the reels. These include the Lynx, Owl, Wild boar, and the Goat. These pay anywhere in the range of 2x to 12.5x your stake for the top combination. The special symbols for this game finally are the Bald Eagle, which is this game's wild, the free spins scatter and the sun icons representing the hold and win symbols collected to activate the principal bonus in this game. 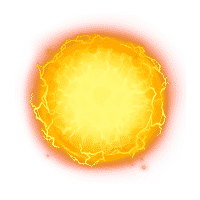 Eagle Power Hold and Win is played on a 5-reel, 3-row playing board with 20 active pay lines. Players must match three symbols in combinations running along pay lines from left to right to create winners in this game.

The betting range for Eagle Power Hold and Win is 20p to as much as £100 per spin. To change your betting level per spin, use the bet adjuster tool located at the bottom of the playing window.

The main feature in this game is the Hold and Win bonus, triggered when players land six or more of the bonus or 'power' symbols on the reels at the same time in the base game. Once the feature triggers, the power symbols will be locked in place, and players will receive three re-spins on a new reel set on which only power symbols and blanks can land. Each bonus symbol comes with a stake multiplier value of between 1x and 10x. Whenever a new power symbol lands, these multipliers are unlocked, and the number of re-spins is reset to three.

Depending on the number of power symbols that you manage to land in this feature, you may also be able to win fixed jackpot amounts. There are four jackpots – Mini, Minor, Major and Grand, worth 20x, 50x, 150x, and 1,000x your bet, respectively. This feature will end when the player either runs out of allotted re-spins or the grid is entirely filled with power symbols. When re-spins are terminated, the game activates the Power spin feature, giving you one last spin to win prizes. Filling the screen with x2 multipliers will also double the total win for the bonus game.

The other feature in this game is the free spins round. This will award you with eight free spins, during which each Striking Wild symbol spreads to 3 random symbol positions. To trigger this bonus, players need to land three or more of the scatter symbols simultaneously.

Furthermore, wild multipliers will increase every time a wild moves to a new position, which also has a wild on it. This can give you a maximum of a 15x multiplier. Multipliers are applied to all line wins the Wild symbol takes part in, and multiple Wilds produce bigger Multipliers.

If you've played one Hold and Win slot by Playson, you have played them all. There are no surprises that players are likely to encounter if they have played one of the other titles. Then again, if you love this format and are looking for a new look, then this is exactly what you are after. RTP and top wins remain disappointing, however.

How many reels does Eagle Power Hold and Win have to play on?

This game has five regular reels.

The top payout for this game is 2,105x your stake.

Yes, Eagle Power Hold and Win is optimised for all mobile devices.

What is the max RTP for Eagle Power Hold and Win?

What is the betting range for Eagle Power Hold and Win?

for playing with Eagle Power Hold and Win: