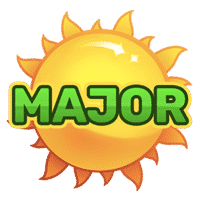 Lately the gaming developers at Playson appear to be carving their name into a certain type of slot and producing a variety of titles that centre around classic fruit themes coupled with a Hold and Win as the main feature. Whilst this is a great type of slot that usually draws a god audience, I have noticed that of late many of the slots lack anything different. However, Super Sunny Fruits does deliver the usual Hold & Win feature as well as fixed jackpots that certainly lift the game, and the retro styled fruit themed that is bathed in Sun with the Sun playing its own part in the game.

When it comes to the theme the title says it all, as in the Sun and Fruits and this is exactly what you get. This is a fruit themed game, and the Sun is the highest symbol alongside the wild which is represented by a Chili, with additional retro styled graphics the slot could be accused of being dated however I find it really rather charming. 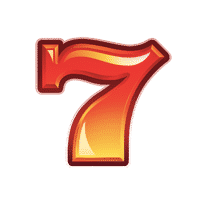 When it comes to the game play Super Sunny Fruits is played on 5x3 reel set with 10 pay lines, so it is not the most generous layout to land winning combinations on. However, the aim with for players with this game must be the fixed jackpots particularly as the Grand version will pay you 1,000x your stake which can equate to a life changing sum of $100,000 in cash. The return to player is a little lower than average standing at 95.70% but the features offered include a Chili Wild, as well as Sun and Super Sun scatters which more than make up for any misgivings.
When it comes to placing you bet it is a simple process, you just open the menu and select the bet that you are most comfortable with. The bet range is wide starting from a minimum of $0.10 up to a maximum of $100 and at these prices there is enough scope for beginners and hardened players alike.

When it comes to winnings the best you can land on a single spin is 1,188x your stake out of which 1,000x comes from the Grand Jackpot on its own. If you look at the amount payable by the regular symbols the highest would be 250x your stake which is made up of 10 combinations of 25x the stake each.

Although Super Sunny Fruits does not have a proper top win so to speak it does have a volatility that is rated between medium and high, there are some players that may feel that they want bigger rewards that on offer here, but for me the potential is good and the game play great fun.

When it comes to the symbols you can expect to come across a Lucky 7 which is fiery, then the favoured fruits which include pears, plums, grapes, pears, cherries, and lemons. Then there is the Chili wild and Sun scatter.

In the base game the main feature is the Chili wild and this will only land on your 2nd, 3rd, 4th, and 5th reels and because of this it cannot be relied on to form its own combinations, however that does not stop it from being able to substitute to create winning combinations and for this reason it often appears at just the right time and when you need it most.
The only other top feature that Super Sunny Fruits offers is the bonus feature game that is how the fixed jackpots can be triggered. The Sun symbol can act as a blocker and as you need to land at least six in view before the feature can begin. The Sun symbol does also have a cash value and this ranges from 1x to 15x your stake.

If you land all the required elements you will activate the bonus feature. In this feature the Sun symbol that has activated the feature become sticky and are then followed with three re-spins. What follows is the Hold and Win feature that has featured in various other slots. Landing additional Sun symbols will see the re-spins reset to three, when the feature comes to an end all the cash wins that have featured on the Sun symbols are added together and paid. If you fill all 15-reel positions, you will activate the Grand Jackpot and walk away with that too.

During the feature the Super Sun symbol could make an appearance and of you get lucky and it does, not only does it collect all of the cash amounts from the other sun symbols but it also adds its own cash values too.
One thing that makes this slot for me and I think should be showcased as a feature is that this slot can be played for free. The reason I am so keen on this feature is that it is the perfect way to get the hang of the game play and the mechanics the slot has to offer. In other words, you do not have to risk any of your own money and be honest, surely this is the perfect way to save money and only play if the slot really appeals to you, plus you will have more money to spend in the long term!

Super Sunny Fruits is a great slot and although there will be some players that will feel the slot is unimpressive, I can still see the slot gaining a good following. The slot offers a quality design, even if it is a little similar to others and yes I have seen the features before but it is all about preference and personal choice and personally I found the slot utterly charming. Whilst this is not the best slot I have ever played it is far away from the worst and I would rate it as a solid 7/10, but do not take my word for it, give it a spin or two yourself.