Midas Golden Touch is one of the latest releases from the game development team at Thunderkick and is played out over 5-reels and 15 pay lines. The slot invites players to set out on an adventure to find their fortune in the castle of King Midas. The slot is packed with features and the bet range starts from just 10p per spin up to a maximum of £100 per spin, meaning this versatile lot will appeal to beginners and high rollers alike. The slot can be played on all devices making it versatile and meaning that players can play whenever or wherever they are.

Visually the slot looks impressive, however this is what players have come to expect from Thunderkick. Based upon Greek mythology it is all about the bonus game feature where players will benefit from free spins complete with a sticky re-spin feature, random wilds and wilds with multipliers of up to x32 the players bet. The slot is set amongst the grand temple which has bright symbols that include the usual lower paying playing card symbols from 9 through to Ace alongside treasure chests, chalices, crowns and obviously King Midas. Midas is the most valuable symbol and will reward players with x10, x20 or x75 the players stake for landing 3, 4 or 5 symbols across a pay line respectively. 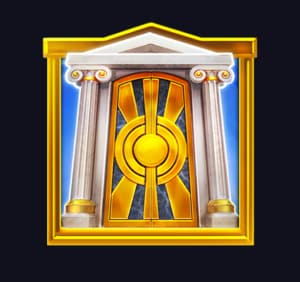 Next is the scatter which is represented by the castle which will only land on the 3rd, 4th and 5th reels and activates the bonus game feature where players are then rewarded with 10, 15 or 20 free spins respectively. Once players have entered the feature landing any winning combination will activate the Sticky re-spin feature where the winning symbols lock in place as the others continue to spin and the re-spins all of the time they add to their original win.

Although you have read above re-spin, each of the wins in the feature activate the Streak Re-spin feature and the symbols that have landed the feature are held and then followed by an additional free spin and the multiplier wilds are also applicable during the free spins so players can also benefit from a x32 multiplier on each of their free spins and re-spins.

To help you trigger this, a wild symbol is randomly placed on the reels (on reels 2, 3 and 4 only) at the beginning of each free spin. Finally, the multiplier wilds apply during the free spins – this means that you can benefit from a multiplier up to 32x on every single free spins/re-spin! If the player manages to land three scatters when in the Streak Re-spin feature, they are rewarded with another 10 free spins meaning that there is a total of 30 free spins up for grabs. 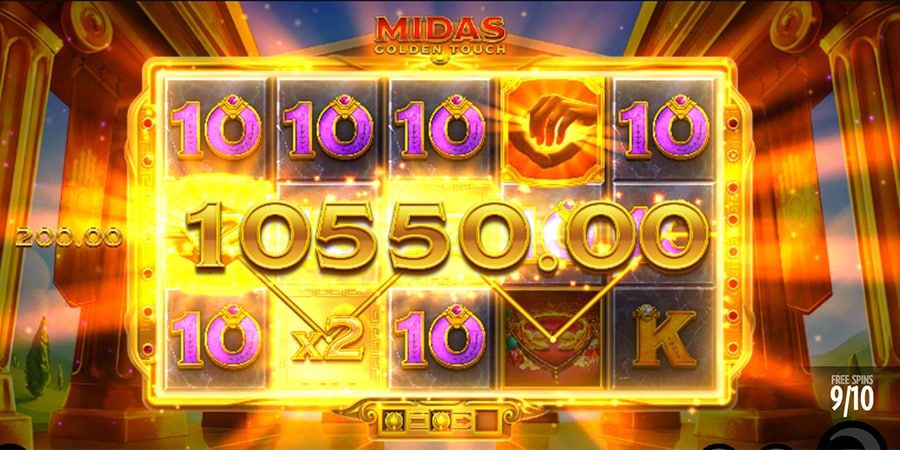 Midas Golden Touch looks fabulous and it is another really impressive effort from Thunderkick. The slot has a high volatility the best thing is it comes with pay outs to match with the enormous potential for players to win x10,100 their stake on every spin, re-spin and free spins. The key to land the big winnings lie with the wilds as landing five on any of the pay lines result in a x32 multiplier.