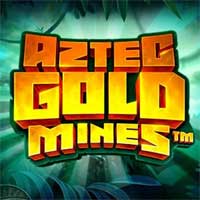 iSoftBet has pulled another rabbit out of its hat, continuing to amaze players with its slot machines. One of the latest releases, released on June 8th, is called Aztec Gold Mines and is exciting both from the graphics and gameplay point of view. This title follows-up a saga seeing already two other titles released by this well-known provider, which are Aztec Gold and Gold Digger Mines. From the point of view of the setting, therefore, it combines two themes widely used not only by iSoftBet but, in general, by the creators of games for online casinos. On the one hand, the player can return to explore the ancient ruins of the Aztecs, the population that inhabited Central America before the arrival of Christopher Columbus and the Conquistadores.is exploited theme of the gold mine in which to look for and find great riches, which are what the players are always looking for.

The characteristics of Aztec Gold Mines

Aztec Gold Mines is therefore an exotic adventure with vibrant colors that will amaze you with some of its features. The game layout, which is nestled amidst the lush vegetation of the forest, is a 5×5 square and the ways of scrolling the reels are decidedly original. You don’t have the usual alternation of symbols, but you can find only two elements behind the boxes that make up the scheme. The first is a multiplier that increases your income, which you can cash out whenever you want. The second, however, is the “Montezuma Mines”, the mines of Motezuma, which on the contrary make you lose everything you have accumulated up to that moment. The interesting thing about the gameplay is that you choose which tiles to discover, and you always decide how many Montezuma Mines will be in play. Of course, the higher the number you set, the easier it will be to lose; but, on the other hand, the multipliers will grow even faster.

The latest releases of iSoftBet 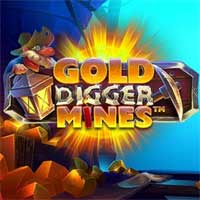 Aztec Gold Mines follow other titles that have likewise recently been released by this software provider that have amazed players with strong innovation they have introduced in the world of online casinos. For example, the Musketeer Megaways – Richelieu Riches slot, which is part of the successful Twisted Tales series, allows you to play on four or only one game. However, it must be admitted that the game modes of Aztec Gold Mines are truly new, except for Gold Digger Mines. We note how iSoftBet has a tendency to retain its players with serial titles. The Gold Digger series includes two other previous slots, Gold Digger and Gold Digger Megaways. The latest released version, Gold Digger Mines, has a similar layout and gameplay to Aztec Gold Mines. It can therefore be assumed that other slots of the “mines” series will come out, which will allow you to have fun without paylines and winning combinations, but taking the reins of each game yourself to decide which boxes to spin and how many risks to run, adjusting accordingly also the volatility of the game. 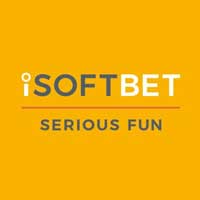 Surely it does not need many introductions, but it seems only right to say a few words to describe iSoftbet, a software provider that is proving to be one of the most innovative and also one of the most daring in the current iGaming panorama. The motto of the house is “serious fun”, that is to say that it is recognized that play is a serious thing and should be treated as such. This means that the goal of every publication is to entertain the public, but this task is taken with great seriousness and with the consequent commitment that it requires to make a high quality slot machine. The values ​​that have always come first for this company are: passion, curiosity and respect. Respect is understood both towards all the iSoftBet staff, who every day strives to give their best, and towards the public of players, who always ask for the best, and deserve it.

To date, the iSoftBet portfolio includes over 150 branded slot machines, not to mention the huge amount of titles that are hosted on the GAP, Game Aggregation Platform. We are talking about about 8000 third-party titles, among which we remember names like Red Tiger Gaming, Pariplay, Ainsworth. iSoftBet is an excellent commercial partner for other providers and for online gambling operators; This is because, in addition to producing quality games and having an aggregation platform, it also provides sophisticated marketing tools aimed at involving the player.

Last but not least, this provider has some of the certifications in the world of online gambling, and for this reason it operates in some of the major world markets such as the United Kingdom, Greece, Spain, Romania, Portugal, Hungary, Malta and Italy.

Aztec Gold Mines is therefore the latest slot to arrive at iSoftBet, and there are high expectations towards it, given the innovative nature of the format. Mark Claxton, Head of Games at iSoftBet, explains what, in the opinion of the operations team, is the strength of this game: having graphics that are reminiscent of classic slots, but at the same time exhibiting new and fresh gameplay, suitable for players. last generation. This is why Claxton says he is thrilled to have been able to add Aztec Gold Mines to the iSoftBet games portfolio, also saying he is confident that it will represent an added value for all casinos that want to include it in their offer. 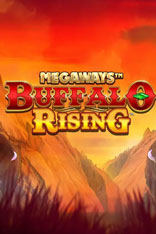 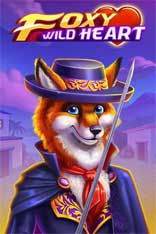 Lost City of the Djinn