iSoftBet fulfills more than three wishes, with Rise of the Genie 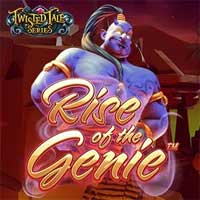 iSoftbet returns to amaze its customers and all players loyal to this brand with its new slot machine, released on July 6th. Rise of the Genie is a phantasmagoric flying carpet journey, a thousand and one nights adventure where you could rub the lamp and get everything you want and want!

This slot machine features an evil genius, who may be trying to stop your climb to the highest winnings, rather than favor it! You see him camping out in the introductory screens of the game, but also on the reels themselves, when, suddenly, he will cover them entirely with his eyes flashing with anger. The layout of this slot machine is simple, as it consists of 3 reels, 3 lines and 5 paylines. But things are then pleasantly complicated by the “risk & reward” mechanism.

By playing Rise of the Genie, in fact, you are rewarded the more you are able to risk, to hold out without taking your winnings to try to increase them. In the stairs that you find next to the reels you can appreciate your progress, and also decide to cash out at any time. The ladders are filled in different ways depending on the symbols that make up your winning combinations: there are the star and the book, but the symbol that can allow you to win the most is, of course, the lamp you need to summon the genius. 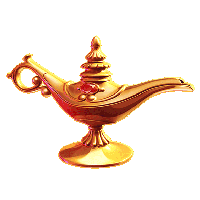 So Rise of the Genie is a very particular slot because if it is true that, as it happens in most slots, it is the case that dominates, it is also true that you partially have the game in hand. In fact, you can decide at any time to stop your advance on the Cash Pots ladder; but if you keep going and get to the top you can win Instant Pays, while the other Cash Pots pay out other additional winnings. As we told you, however, you have to be very careful, because at any moment the evil genius could pop up to ruin all the progress you have managed to collect up to which point!

Get the adrenaline rush of this brand new and sparkling iSoftBet slot machine, which follows equally exciting releases like Tens or Better, Merlin’s Revenge Megaways and Brilliant Diamonds: Hold & Win.

also highlighted the innovative game system used by Rise of the Genie Mark Claxton, Head of Games at iSoftBet,. Claxton said that this slot has the same graphic appeal as all the other products of the provider, but at the same time it is not similar to any other due to the “risk & reward” mechanism it adopts. The player can get busy as much as he wants, but the evil genius could nullify any effort! But one thing can never take away: the fun guaranteed by this new iSoftBet slot, Rise of the Genie! 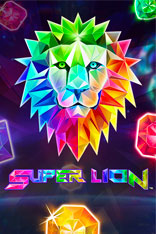 Ways of the Gauls