Anksunamun: The Queen of Egypt plays out using a 5x3 box and 10 pay lines. The slot is offered by one of the newest gaming companies Mascot Gaming and is extremely well presented and has a superb Egyptian theme which is always a firm favourite with players both old and new. Players are taken on a trip to Ancient Egypt where they will come across the Kings and Gods and have a good chance to win some great prizes with the help of Queen Anksunamun. To land a win players need to align symbols from left to right.

There are two wilds in the game, and both can substitute for all symbols apart from the scatter to create winning combinations. The gold wild also multiplies players winnings by two. The Queen also has the capacity to trigger the free spins thank to the scatter which is the games scatter, and these can help players to win even more as the gold wilds remain sticky for the entirety of the bonus. 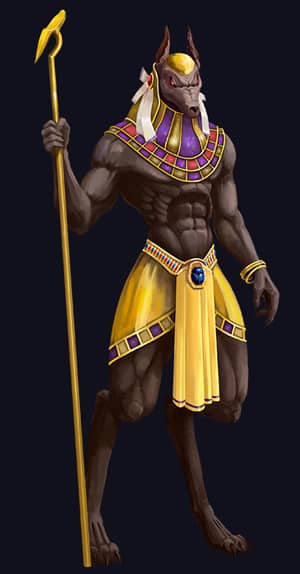 Slots which offer an Ancient Egyptian theme is amongst the most popular in online and real casinos as the theme is said to bring good luck to all that play them.

Anksunamun: The Queen of Egypt, is a really well presented slot which includes a good style and some really strong, warm colours, and gives players the chance to win a vast amount of coins.

To begin playing players need to place a minimum bet which is 20 cents and then need to land the same symbols on any of their 10 pay lines to be awarded a prize.

The slot also provides players with wild bonuses and joker symbols that multiply the wins x2 and the free spins for these special symbols which again provides great winnings.

The superb Ancient Egypt theme provide players with some epic play which I feel sure will keep players glued to the game. Better still Anksunamun: The Queen of Egypt can be played in a demo version which is the perfect way for players to master the game without risking any of their own money for as long as the players wish.

The slot is incredibly easy to play and understand and the symbols can be found in the diagram that is known as Egypt. The Queen of Egypt is the highest paying symbol and can award players with x10 of their total bet, and the queen symbols is then followed by the pharaoh, Osiris and the god Anubis. The lower paying symbols comprise of letters and numbers as well as the usual playing card symbols ten through to Ace. When it comes to the special symbols there are three, two of which are wild and the other is a beetle which has the value of the scatter and can also trigger the bonus.

As already mentioned, there are two wilds which is quite unusual in a slot. The first is depicted by an Egyptian relic and the other is the gold coloured tablet. The second joker cannot only replicate all of the regular symbols and doubles the prize to make things even more special for players. Players that land at least three scatters will trigger the free spins round where they will have to contend with a number of bonuses.

The gold wild symbol doubles players prizes but will only make an appearance on the 2nd, 3rd and 4th reels and when they do, they become fixed and will stay in their position for the entire bonus round. This is a really lucrative bonus that will see players collecting some fabulous prizes.