Long Pao is the latest Asian themed slot from the developers at NetEnt and the slot relies on the emperors of China and the legends that they portray in the country to craft both its design and inspiration. The slot is a total clone of the slot Jack Hammer therefore it may seem familiar and not entirely original and you may feel as though you have played it before.

NetEnt have chosen to use a 5-reel setup that provides 25 active pay lines for every spin. The top pay out stands at 3,000 but could max into $750,000 which is a truly life changing sum and is bound to get all kind of players interested and a solid return to player that stands at 96.6% which is slightly higher than the norm. When it comes to features the slot features wilds, scatters, free spins, 3x multipliers and sticky win re-spins. 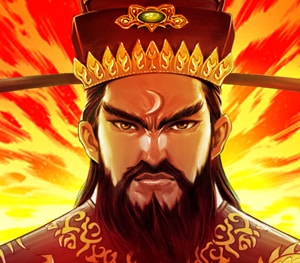 When it comes to the game mechanics NetEnt have their tried and tested bet system in use. The pay lines are fixed which means that all 25 are always in play, but when it comes to placing your bet you have up to 10 coins that you can use for each pay line. This means that you have a coin value that starts from $0.01 and $1, providing a total bet range of $0.25 to $250.
You will have to look at the free spins to land your highest rewards as this feature provides you with the opportunity to land both the sticky win re-spins and the 3x multiplier, which could see you landing the maximum win of 3,000x total stake, or as much as $750,000.

I have seen this game described as having a medium volatility level and whilst this may be true it does have a high return to player standing at 96.96% which is a number rarely seen in slots nowadays but a welcome sight to all players.

It is evident that the artwork in Long Pao has been inspired by the slot Jack Hammer and this is due to the artwork having a distinct comic book style. Instead of reliving the life if a P.I in 1930s Chicago, this slot uses a manga to create the scene. For those not au fait with what a manga is, manga is he name given to comics or graphic novels which have been created in Japan or use the Japanese language and are in keeping with a style that was crafted in Japan un the late 19th century.

The action in Long Pao takes place within a large room in the imperial palace and includes armed guards, vaulted ceilings and elaborate woodwork. The game screen is sat in front and central with the vibrant coloured symbols which represent Royal family members, samurai swords and the usual playing card values. There is some typical Chinese soundtrack that accompanies the game play and completes the theme perfectly.

Due to the Imperial family being the games inspiration you will comes across a variety of Anime-style characters on your reels. The family members you will see are emperors and empresses as well as their family members as well as a variety of logos, warriors and the such like. This is a complete design that is good, and this is mainly down to the various characters. It is nice that this slot does not rely on the standard Chinese symbols that are seen in most slots that have been created specifically for the Asian market. 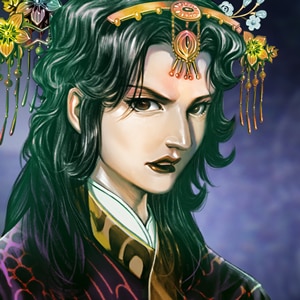 When it comes to the symbols the usual playing cards from Jack through to Ace are the low payers as the samurai sword. The imperial princes and princesses are the high value symbols with the most valuable going to the Emperor who takes up the most valuable position. The Emperor will reward you with 40x your stake when you manage to land 5 across a pay line. The wild in this game is depicted by the Chinese symbol and the scatter is the gold dragon’s head.

When it comes to the features the Long Pao logo, which has been designed complete with Chinese writing, is the slot’s wild symbol. The wild carries out its usual duties and can substitute for all other symbols on your last four reels and they cannot substitute for the scatters or pay anything directly to you.

Although some of the features that are on offer are common in many slots the features in this slot are a little more interesting, and this is the sticky win re-spin. Any winning combinations trigger this feature as will landing three or more scatters on the reels. The symbols that are required for both above lock into the position where they land and then the re-spin takes place. The aim of the re-spin is to provide you with the opportunity to land additional symbols to create better winning combinations. The re-spins continue all the time that you keep landing winning symbols.

To activate the free spins feature you must land a minimum of five scatters in view on your game screen. You can land more than one scatter on any one reel this means that you can end up with as many as 30 free spins, but you do have to land a minimum of 9 scatters to activate the feature. Apart from the sticky win’s re-spins, the slot also multiplies winnings from the free spin feature by 3.

I really enjoyed playing this slot, the game is highly charged, and I did find that I was landing wins almost immediately and some of these were really pleasing. The sticky wins arrived frequently and as the wins are tripled in the free spins feature this can become a lucrative feature round. The immediacy is a definite plus as not only is it attention grabbing but it also keeps you playing. I must admit after a while I did get bored with the lack of features particularly when the wins dried up. I feel that the low volatility of this slot will certainly attract a certain type of player, and I think that this will be a winner with the Far Eastern market.