Wish Upon a Jackpot Megaways

Introducing Wish Upon A Jackpot Megaways

Wish Upon A Jackpot Megaways from Blueprint is a solid offering and a remake of the 2013 Wish Upon A Jackpot release from the same developer. The original was created using a combination of fairy tales which are popular themes when it comes to slots, however, to use an amalgamation is an excellent way to create something unique. From the Gingerbread Man through to Cinderella the slot provides a slot that brings many childhood favourites into the features that it offers.

Blueprint has brought the original back to life but given it a major overhaul too. When Megaways are added to any slot the result is expanding functions and features, and although the mechanics have been included there are many of the original elements have been taken away. This is a good release which offers three different bonus features and some great gameplay. Keep reading to find out more. 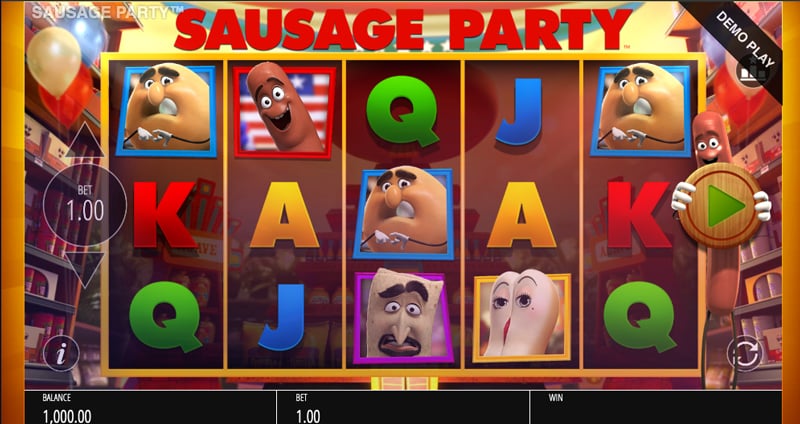 Obviously, the setup of the slot has changed from the original which is evident right from the start as the 5x3 grid has been replaced with a more modern 6-reels which is what players now expect. Offering up to 117,649 ways to win when the gaming is completely expanded making this hugely different to the 20 ways to win that the previous version supplied. The developers have also used this slot to improve the visuals, however these are subtle rather than in our face, this backdrop has been upgraded, the pink and purple filter is more prominent and the trees that are waving in the background give a truly magical ambience. However, it stays true to the first version with the dated animation that is used.

When it comes to placing your bets, these start from just 20p per spin up to a maximum of £100 per spin making this a slot that can be enjoyed by all types of players. One negative from the original game was the return to player that stood at 92.46% when it was played in conjunction with the jackpot system. In this remake Blueprint have boosted the stats to provide a far healthier figure of 95.5% and although the volatility is still high, the stats on offer provide an invitation to this fairy tale.

The have left the symbols alone which links the original and this new offering well, with the low paying symbols still the Royal playing cards create in the same font and the higher paying symbols still the glass slipper, castle, lyre and the logo. Most wins are created by landing three or more of the same symbols except for the logo which only needs two to create winning combinations. There are two wilds which are the standard 1x1 wild and also the stacked beanstalk wild but this will only make an appearance when certain features are active, and both wilds can substitute for all of the gaming symbols apart from the scatter to create winning combinations.

The highest paying symbol is the logo and if you land six you will be rewarded with 25x your stake. The lower paying symbols are well balanced with the cascading symbols which means that you have chain reactions of winning symbols on each and every spin. This is made possible by the winning symbols being removed from the reels and new symbols dropping into their place to create further wins, and the cascades then continue until there are no further wins are created.

When it comes to the features the developers have gone back to their drawing boards and had a total rethink about the features to offer. Features activated by the scatters have remained whilst new features make an appearance too. From time to time the Fairy Godmother can appear on your reels at random and award the Fairy Godmother spin, where you will see three orbs shimmy across the reels and you then get to choose from the three following features to be applied to the spin:

The first feature is the Magic Beanstalk Stacked Wilds where you will see Jack dancing past the reels and dropping beans whilst they spin, some will take root and grow whilst others lay dormant. The beans that grow fill the reel immediately above them with stacked beanstalk wilds which can also have a multiplier attached to them of 7x the stake.

Next comes the Pigs Can Fly where the three little pigs become the stars and sprinkle wilds at random over the reels.

The Golden Arrow Mystery Spin will add as many as 100 mystery symbols to your reels, and then the mystery symbols chance to reveal the same symbols, all symbols are in play apart from the scatter or wilds.

Finally, there is the Fairy Godmother free spins, which you can activate by landing three or more bonus symbols to be rewarded with 10 free spins. Once again, the golden orbs appear and then you pick one from the modifiers mentioned above. The modifier you choose has a greater chance of being activated that when it was in the base game. This round also includes unlimited win multipliers which increase by one after every cascade. Even better is that the multiplier does not re-set after every spin which means that you have the potential of your final reward being multiplied by nine. This round can also be reactivated as any bonus symbol that lands provides an additional free spin.

If you are a fan of the original slot you will either love this game or feel a little miffed. You may feel as though the fairy godmother has granted you a special wish and be over the moon with this remake. The slot still maintains all the magic of the first game whilst also adding the charm of the Megaways engine. Admittedly this slot has been shaken up but there is no rule that sequels need to be identical. However, for some this shake up may prove to be too much and players feel a little short-changed by the features from the original that are now lying on the development floor having been cut completely from the game. The original slot had an abundance of features and it must have been difficult for the team at Blueprint Gaming to choose what stayed and what has gone.

The original features did slow the original slot down and therefore the remake being streamlined does mean that the slot flows a great deal better. However, the slot has lost a little of its unique personality and gameplay due to the axing of Rumpelstiltskin’s Deal Maker, and Jack’s 1,000x Golden Goose, however the return to player is much more attractive but the developers at Blueprint have capped the potential win to 50,000x you stake or £250,000 dependent on which comes first.

I really enjoyed playing this slot even though I am a fan of the original, in terms of what to expect I would say that this is not the best use of the Megaways engine as the animations are quite sticky and the theme rather childish. On the upside there is some excellent win potential with substantial features too, I came away up and can see me returning to play again.