Brought to you by Crazy Tooth Studio, Fortress Charge takes traditional video slot games to the next level through its unique exploration of its theme. In fact, the graphics, design, and gameplay feel almost as though you are playing an adventure RPG than trying to win a bit of cash (Think Dungeons & Dragons meets your local casino). As such, it makes for a truly interesting and immersive game - that is sure to be a hit with lovers of adventure, mythology, and folklore! Aesthetically, the game appears to have taken on a retro design - which supports the mythological nature of the story - where heroes must go on a conquest to win against all evil. In this case, the heroes include elves, dwarves, knights, dragons, and beasts. Throughout the game, they battle against their enemies, ogres, and scorpions and the obstacles they may throw their way. 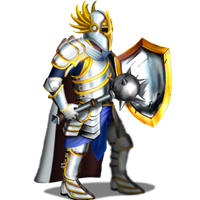 At first glance, the gameplay seems rather complex - but it doesn’t have to be. The traditional video slot rules apply - the format is just a little different. For example, on your first spin - you need to land on a hero. When they appear on the first reel - they can begin to progress across the screen to the right. The aim is for the hero to reach the fortress symbol on reel six - where a prize can be won. Each spin gives you the option to take one step further to your goal - however, it is not without its obstacles. Sometimes, your hero will be met with a villain - and a randomized battle will play out. If your hero defeats its enemy, you will receive a reward and progress forward.

As you can probably tell, there are a wide variety of symbols used throughout the game. This includes elves, dwarves, knights, dragons, and beasts.

As the symbols are so varied, they interact with each other in different ways - changing the gameplay significantly. For example, treasure chests will give you a quick and easy way to increase your prize, whereas accessories can be used to help you fight off your enemies. Each time you defeat a villain, you can improve your score - depending upon who you defeat, how, and where you are placed on the board. 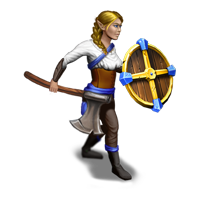 Unlike other video slot games, Fortress Charge slot does not boast any additional features or bonus games - but it is such an entertaining play that this is not necessary. In fact, it would likely only serve to complicate matters. Additionally, there are no free spins present - but plenty of chances to increase your winnings by coming across special symbols (as detailed above) such as the treasure chest. However, the game does have quick spin and autoplay features.

When it comes to video slot games, we find that time and time again, many developers chose to select themes that have been done 100 times before - but this simply isn’t the case for Crazy Tooth Studio. Fortress Charge has a unique and incredibly immersive theme - where the gameplay feels much more immersive and intense than simply pressing a button. Every spin is met with some form of action carried out on your screen - whether that means a dragon breathes fire on your enemies or a boulder drops down and stops you on your path to success.

What is the volatility of Fortress Charge?

Fortress Charge has been awarded a high volatility - meaning that while winning isn’t necessarily easy, you have the chance to both play big and win big.

Can I play for free?

A free demo version of the game is available for those who want to test it out before putting any real money down. However, once the demo has been completed, there are no free spins but plenty of playing bonuses. You can place bets with as little as 10p - with a potential win of x16000.

How can I play Fortress Card?

Fortress Card can be played online, via desktop or mobile phone. However, it is probably best played via your desktop device due to the high-quality graphics.

Is Fortress Charge Worth a spin?

Fortress Charge is definitely worth playing due to the efforts that have gone into making the game as unique and immersive as possible. It’s great for those looking to put the adventure back into online gaming.

for playing with Fortress Charge: