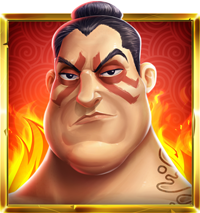 If you have ever desired to watch Japan’s national sport in the thronging city of Tokyo, you are not alone. Sumo Wrestling, despite being a centuries-old tradition, is a sport and a spectacle that remains highly popular to this day. Capitalising on this popularity, the digital games studio Endorphina have created an online slot machine based thematically around the sport of Sumo. Although cartoon-like in style, Legendary Sumo represents Sumo fairly accurately and due to the game’s crisp and colourful graphics, it is also visually entertaining.

Legendary Sumo when it comes to bonus features has quite the range. These include a free spins round, a Gamble feature and multipliers that can help boost your wins. In addition to these more exotic features, Legendary Sumo also has an active wild symbol that replaces other regular symbols to help form wins. Before starting the game, it is a good tip to remember that you can customise the number of active pay lines which are active during your gameplay. 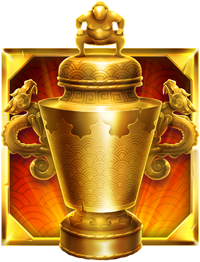 Legendary Sumo as we have already covered is themed on the Japanese wrestling sport of Sumo. Sumo is as much about presentation as it is about winning. There is a lot of ceremony and tradition which surrounds the art. Maybe not all of this has been translated across to the online slot version of the game, however, there are nods to it here and there which will be appreciated by players. One such nod is the flaming outline of a Sumo wrestler performing the greeting moves between cut scenes to the special bonus round.

When it comes to the background the base game takes place in an outdoor courtyard during the daytime. The courtyard is overlooked by many tall buildings, giving the impression that this location is somewhere deep in a busy city. When players progress to the bonus free spins round, the background location is the same, but the day has given way to night and glowing lanterns illuminate a Sumo ring in the centre of the screen which has been covered by the gaming window.

Symbols for Legendary Sumo are numerous and varied. The lowest value symbols are the playing card icons. Two of the most lucrative of these are the Queen and King symbols, which payout 125x your stake for five on a pay line. However, topping this group is the purple Ace symbol, which delivers 250x your stake for 5 on a row. The other symbols in this game are a selection of Sumo wrestlers. The ones with red backgrounds are the most value out of these, paying 3,000x coin value for five on a pay line. The red dragon mask is the wild and the golden trophy is the scatter.

Legendary Sumo is played on a 5-reel, 3-row game window with 21 available pay lines. To form wins when playing Legendary Sumo, you must land a minimum of 3 matching symbols on a pay line starting from the left-most reel.

So far there has been no official information released regarding the volatility. The return to player percentage for Legendary Sumo is 96%. The biggest payout that players can win on one spin has not been disclosed by the designer Endorphina either.

The simplest of the features is the wild bonus. The wild symbol for this game is the rather intimidating red dragon mask. This symbol can swap in for other regular symbols to help you score wins.
The main action for this slot though is in the bonus free spins round. To trigger this round, players must land 3 or more of the golden trophy symbols on the reels simultaneously. The more scatters that you manage to land to trigger the feature, the more free spins you will be granted to take through to the bonus round.

Once in the free spins feature, the special Sumo wrestler character symbols fight each other in bouts, with the winners making up a team. Each team is given a trophy. If players land the Sumo wrestlers in the special trophy positions on the reels, they are rewarded with a 2x multiplier to their current stake.

The last feature for this game is a Gamble feature. Winning a game from the bonus round will give you the option of activating it. In doing so you will risk your already earned prizes to win an even grander prize. In the Gamble feature, players will be presented with 4 cards face down on a table. You will then have to pick a card from these four, hoping that it is higher than the dealer’s card. If it is, this means a 2x multiplier to your total winnings, which can result in a huge payout. However, if you lose, you will forfeit all your winnings thus far. Think of it as a double or nothing option.

Legendary Sumo is a fun slot with some sharp design elements and a solid selection of features. The high-quality graphics and fun characters make for an exciting visual display too. If you have the grit, the Gamble feature also provides players with a highly risky but very exciting option to make a killing.

Are Wilds active for Legendary Sumo?

Yes, the Red Dragon mask is the wild for this game.

Can you play Legendary Sumo on your mobile phone?

Yes, Legendary Sumo has been optimised for all types of device from mobile to tablet and desktop.

What is the RTP for Legendary Sumo?

The return to player percentage for Legendary Sumo is 96%.

How many pay lines are available to play for Legendary Sumo?

There are 21 available pay lines for this slot game.

Can I play Legendary Sumo for free?

Yes, Legendary Sumo is available to play for free on most online casinos via a demo version of the game.