Before Time Runs Out

Overview Before Time Runs Out 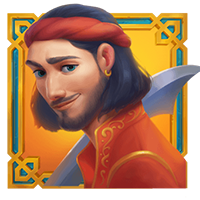 The basis for this game thematically is the story of a likeable hero who through his daring-do takes from the rich to give to the poor. Indeed, Before Time Runs Out is a noble thief narrative repeated across cultures and throughout humanity’s history. This particular story involves our protagonist breaking into a Sultan’s palace to rob him of his gems and give the proceeds of their sale to the poor citizens over which the Sultan reigns.

The Before Time Runs Out title alludes to the impending danger the hero faces if he is not successful in extricating himself from the palace in time. If the palace guards catch him, they will throw him in irons for his crimes. In addition to having a fun story (which is very One Thousand and One Nights or if you prefer, Aladdin), Before Time Runs out is filled with great gaming features. These include the Duel feature, which adds extra wilds to the board, a fun free spins feature and a generous Coins Re-spin feature. If all this wasn’t enough to get you excited about this game created by the fantastic designers Habanero, then the 66,679x your bet top prize will be. 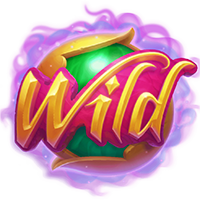 The theme of this slot is very much centred on historical Arabia, think middle east in the 12th century. However, this being an animated online slot, it has more of an Aladdin aesthetic about it than anything else, even down to the suspiciously Jafar-look alike character. The base game takes place within the confines of the palace walls on a balcony which looks out onto the moonlit spires and domes of the various mosques that comprise the skyline of this tranquil Arabic city.

The board has been created to look like one of the dressing screens a princess may have installed in their rooms. It is of elegant design and works perfectly with its palatial surroundings. If you are lucky enough to trigger the free spins game, you will be taken to a second location. This setting looks to be in the wilderness outside of the walled city, where rocky outcrops and palm trees are the main visual features. Located just to the left of the board regardless of setting, is an hourglass intoning the time pressure element which is suggested by the title. However, it also performs a practical function in that it is the vessel into which you deposit the stolen gems purloined from the evil Sultan which help you unlock big prizes.

When it comes to symbols for Before Time Runs Out, the lower-paying symbols are the bronze, silver and gold coins. The next tier up in terms of value is the sword, Vizier or Sultan and the Princess. The wild in this game is the green sphere with the word ‘wild’ written upon it, this is the most valuable symbols in the game. Lastly, the scatter is the interesting looking magic box.

Before Time Runs Out is played on a 5-reel, 4-row game board with ten pay lines that operate vertically as well as horizontally. The betting range for this game is 15p to £45 per spin. Changing your stake levels is as simple as selecting a new coin value on the bottom of the reels using the plus and minus signs. The paytable, as well as all the other pertinent information about the slot game, can be found via the menu button which is located at the very bottom left-hand side of the screen. To form wins, the player must match a minimum of 3 symbols across pay lines either vertically or horizontally.

The return to payer percentage for this game is 96.72%, a touch higher than most games in this sphere of the slots industry. The volatility for this slot is rated as being nearer the higher end of the spectrum. The top payout for Before Time Runs Out is 66,679x your current stake.

The first feature that we will discuss for this slot is called the Duel Feature and is based on the acrimony created by the heroic Aladdin figure and the nefarious Jafar-like Sultan. This feature is triggered when the hero symbol lands on either reel 1 or reel 5 whilst the Jafar character lands on either reel 3 or 4 at the same time.

If this should happen, the Aladdin hero finds his way the villain by moving up down left and right. Once adjacent to each other, the two foes will do battle. If the hero should win the duel, up to 3 wilds will be created and placed on the reels. In addition, in winning the duel, the hero will also snatch a gem from the Sultan which will be collected in one of the designated slots on the hourglass. Collecting six such gems will award you with the game’s top prize and payout. However, if he should lose, the Aladdin symbol is banished from the reels.

Lastly, there is the coin re-spins feature. You trigger this bonus by landing at least 4 coin symbols on a pay line. Before the bonus commences, 3 of the coin symbols will be stuck in place for the duration of the re-spins. All the symbols for these spins will also be coins and become locked in place too. When the feature ends, the game pays out the top paying type of coin on display (bronze, silver, or gold with the most positions occupied).

Habanero has a reputation for creating great looking and superbly functioning games and Before Time Runs Out is just another example of that. The level of detail in the setting, the terrific animations and the immersive gaming style really pulls players in. The features also have a nice spark of novelty about them. All in all, this is a tremendous game for any gamer from amateur to professional.

What is the return to player percentage for Before Time Runs Out?

The RTP for Before Time Runs Out is 96.68%, a little higher than average.

When was Before Time Runs Out released?

Before Time Runs Out was released on the 3rd April 2021

Can I play Before Time Runs Out on my mobile?

Yes, Before Time Runs Out is optimised for mobile, tablet and desktop devices.

Does Before Time Runs Out have free spins?

Yes, there is a great free spins round available in this game.

What is the volatility for Before Time Runs Out?

The volatility for this game is rated in the high range.