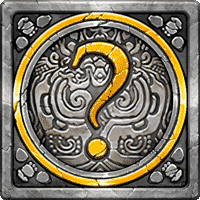 Your favourite conquistador is back in another exciting cluster pay game from the internationally renowned games designer NetEnt. With this game, the designer has focussed on the visual appeal, making it as much a visual spectacle as it is a joy to play. If you have played any Gonzo slots before, you will probably know what to expect here; however, there is only one solitary bonus feature. You may first be alarmed by this; however, take it from us that it is a humdinger and more than makes up for a relative lack in features elsewhere.

Speaking of the feature, it is a free spins bonus. Although this might sound a little bland at face value, when you dig into the details, there is a reason why NetEnt thought it didn't need any accompanying features. It is triggered by landing three or more bonus scatters on the reels simultaneously. You are then awarded ten free spins and an initial cash payout determined by the number of scatters that you used to trigger it. These initial payouts can be as high as 200x the stake! We will explain the other details of this amazing free spins round later on in the review.

Following in the thematic footsteps of the previous Gonzo games, Gonzo's Gold is based around the Spanish invasion of South America in 1519, when Hernán Cortés waged a campaign against the Aztec Empire, ruled by Moctezuma II. The campaign was a bloody one and one that was central to the narrative of the colonisation of the Americas by European powers. Gonzo is one of the invading Spanish soldiers who finds himself in an alien landscape dominated by Aztec pyramids, sculptures and jungles. It is this exploration and search for Gold that this game is themed around.

The background for this slot is the interior of a golden Aztec temple. The reels' left and right are golden columns decorated in the iconic artistic design synonymous with the Aztec empire. Metalwork and temple construction were particular and well-honed skills when it came to the Aztec civilisation. NetEnt have tried to capture some of this clever design in their portrayal of the setting in this game, displaying the intricate decorative design on the columns and board for this game. This being said, they could have tried a little harder when it comes to the rest of the background, which is a kind of a golden blur, especially considering the high-quality backgrounds of some of the other Gonzo slots. 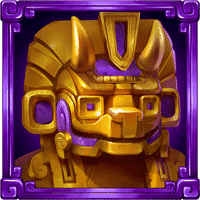 Gonzo's Gold is played on a 5-reel, 5-row cluster pay machine. To create winners, players need to land clusters of three higher value or four low-value symbols. Clusters of symbols must be touching either horizontally or vertically. The larger the cluster that you create, the bigger the win.

The betting range for Gonzo's Gold is 10p to £200 per spin. To adjust their bet levels, players can toggle their stake up and down using the tool located at the bottom left-hand side of the screen.

Volatility for this slot is rated in the medium range. The return to player percentage Gonzo's Gold is 96.11%, which is about average. The biggest payout that players can win on one spin is 6,500x your stake.

As explained in the introduction, Gonzo's Gold has one feature – a free spins bonus. You must land three or more of the scatter symbols anywhere on the reels on the same spin to trigger it.

You will then receive ten free spins. However, before these commence, you will also receive an instant payout. The size of this initial payout is determined by the number of scatters that you used to trigger the bonus.

Before the actual free spins begin, players are also shown a block of 9 mystery symbols and told to choose one. The icon that you choose will then reveal a random symbol. This special symbol will be the expanding symbol active during the free spins.
Landing 2 of these symbols next to each other will activate their expanding properties so that they expand to fill the entire row on which they have landed. You are then given an extra payout with the expansion symbols in place.

You can also retrigger this feature by landing an additional three or more scatter icons from within the bonus. The retrigger also comes with the same initial payout mechanic as the first trigger. Ten extra spins will be added to your free spins total. There is no limit to the number of times that you can do this.

With plenty of potential for big payouts here, players will be excited to get spinning on this latest in the Gonzo pantheon of games. RTP, volatility and top payouts all bode well here, too, giving players confidence in the return on their gambling investment. The free spins game is also very generous in its complexity and keeps gameplay fresh and interesting.

Is there a free spins round for Gonzo's Gold?

What is the betting range for Gonzo's Gold?

What is the return to player percentage for Gonzo's Gold?

What is the volatility for Gonzo's Gold?

for playing with Gonzo’s Gold: