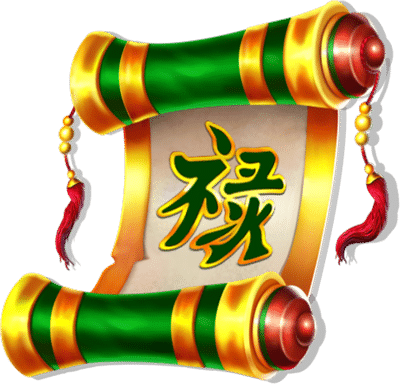 Three Star Fortune is the latest slot from the developers at Pragmatic Play and certainly shows that they are au fait with the Asian styled theme. The three stars in the games title represent the three happy star gods, Fu, Lu and Shou and they also denote wealth, status, and longevity. Traditionally these attributes were seen when you lived the good life and due to this it is these three characters that turn up and activate the only feature and they are very desirable when they land on your Eastern themed reels.

The developers have created a great slot and anyone that is a fan of the genre will certainly put this slot on their play list. However, it really depends on how you feel about the style as the slot could be misconstrued as generic and familiar. The background is synonymous of the Zhangjiajie National Forest complete with the misty mountains covered in traditional buildings, waterfalls, and bridges.

This is a truly heavenly landscape however it is a theme that has been recreated in many similar slots. If you like this genre and theme you really will appreciate the imagery, graphics and symbols that create the perfect aesthetics.

The view on your game screen will be dominated by the reels which are encased in a green-tiled composition with peaked styled corners. The reels are deep red which is a fabulous contrast with the bold and vibrant symbols, which use large amounts of gold. 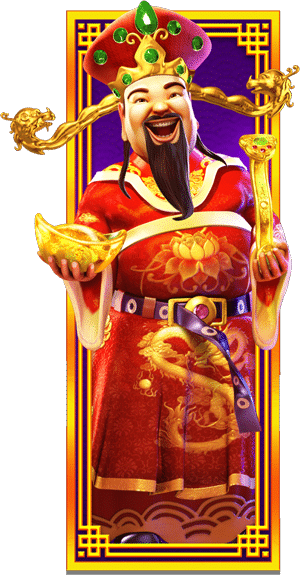 The slot plays out over 5-reels, 3-rows and 10 pay lines and there is an abundance of gold which gives the feel of true opulence. Wins pay out both ways therefore left to right and right to left and this dynamic works comes in handy when it gets to the feature as it enhances your chances and game play.

Before you can start spinning your reels you need to choose your bet range. This is easy to do and you can alter the number of coins you use per line and their value. The minimum bet stands at just 10p per spin and the maximum of £100 per spin. With this bet range the slot will appeal to a multitude of players. Three Star Fortune has been rated as highly volatile and offers a solid 96.27% return to player which is just higher than the average slot. The return to payer can be adjusted which gives the operators the freedom to set it as low as they wish therefore it is vital that you check this before you start to play.

The design of the symbols is bang on with the theme. The three characters Fu, Lu and Shou are used for the lower paying symbols and are created as Chinese characters. Next is the hard when it came to designing the symbols too. On the low side, the three names Fu, Lu, and Shou have been used and appear in the form of Chinese characters. Next is Egg Shen's potion bottle which is synonymous with a gourd, a scroll, and something which looks remarkably like a pink fruit. The highest paying symbol is the gold sycees which pays out 25x your stake if you manage to land five on a pay line. You have to land the minimum of three of the same symbols to be awarded with a win, however the best thing is that if you land five of a kind they pay you out twice, one for each direction.

This slot keeps things simple when it gets to the features so not to interrupt the flow of the games. The feature it does offer features the three God characters (Lu, Fu and Shou). Each character has their own designated reels and you will find Lu on your 2nd reel, Fu on your 3rd reel and Shou on your 4th reel.

This is the games’ expanding wilds feature and when one of the character wilds land they expand to fully cover the reel and you are rewarded with the relevant prize. The reel that has created the win is then held for the next spin in its expanded form, if you get lucky and land another wild on the respin it expands and activates another re-spin. Once all the re-spins have been completed the wilds are removed and the spinning starts all over again.

Three Star Fortune is the perfect slot if you are longing for some easy play that is expertly executed in an attractive and well-presented manner. There is a touch of irony as the God characters are described as having longevity with their lifespan in this slot is quite short due to the simple game play, and once you have seen them expand and provide their rewards that is about all there is. However, if you do get on a winning streak it is certainly worth sticking with.

Players that are fans and have a particularly liking for Asian slots, and in my opinion this slot is a great example with a load of exotic graphics and imagery to make it stand out from the crowd. Pragmatic Play has their own catalogue of Asian themed slots as this is one genre, they appear to have a penchant for and as, so they certainly know how to craft and deliver a top-class slot of this genre. This slot is a visionary feast in burgundy and gold with a dreamy feel created by the mountains and divine presence of the Gods.

Three Star Fortune does not offer a free spin or any bonus games and just relies on the wild Gods to keep players amused. All the time you are landing the wins and the developers have stated that there is the potential to win up to 5,000x your stake I did not get anywhere near to it. However, I did land a win that paid both ways and the wilds showed up quite a lot, so I was up in the win stakes when I finished playing.

The best way I can sum up Three Star Fortune is that if you are a fan of the genre you will love it, otherwise you may find it a little repetitive. On the plus side the slot plays out at a good pace and the chance to win both ways with the expanding wilds does provide a good chance of landing solid wins. This slot has some interesting aspects and is enjoyable to play, with wins of up to 500x your stake on every spin this is a slot that you really should give a spin or two.