for playing with Max Dangerous and the Lost Relics:
TAGS Latestresponsive 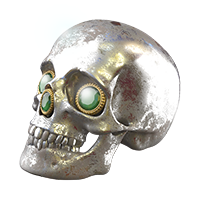 Join Max Dangerous as he journeys to uncharted lands to look for fabled artefacts. He will come across peril in many forms, but Max always comes through unscathed thanks to his quick wit, bravery, and lucky lasso. This slot is perhaps one of the more blazon rip-offs of Indiana Jones we have seen, but at this point, the theme has been reproduced so much, there isn't a lot of point hiding it. That being said, "Max Dangerous" might be the cheesiest copycat name yet. In terms of the slot itself, players are greeted by a 5-reel playing board with a maximum of 50 pay lines available to play on.

The features for Max Dangerous and the Lost Relics are varied and plentiful as well as pretty original. The first bonus worth mentioning is the wild bonus. The wild, represented by Max Dangerous himself, can substitute for other regular symbols to help form wins. This game also has a cascade feature. Meaning that every time you score a win, the winning symbols are removed from the board and immediately replaced by a new set from above, giving multiple chances to score wins from one spin. There are also bonuses connected to a collection of meters that players can see to the side of the playing window. All features will be explained in more detail later on in the review.

The theme for this slot, although not explicitly named, is a low budget version of Indiana Jones. Nevertheless, according to the game, Max Dangerous is just as courageous and intelligent of a character as the original, and it is his extraordinary mission to foreign climes that this fast-paced slot is based on. So if you are an enthusiast of the classic adventure films that Hollywood produced in the later 80s' and 90s' then you'll probably love this.

The background for this slot is the catacombs of a medieval cathedral, a very apposite setting for a character of Max Dangerous' tastes in relic and spooky cursed places. Although being a catacomb, the environment is rather dark, so few details are easy to identify. To the left of the reels, you can just make out a small window or aperture filled with candles, adding the only light. To the right is a large wine decanter; however, it is mostly obscured by the dark.

The board looks like some sort of medieval mirror, decorated at the edges with silver engravings.

The symbols are split into low-value, high-value and special symbols. The low-value symbols include the Chalice, Skull, Whip and Hat. Various combinations of these will award you anywhere between 0.1x to 1x the total bet. The slightly more valuable symbols are the Plane and the Key, which offer you payouts between 0.2x the bet and 2x the bet. However, the most valuable regular symbols on the reels are the Scarab and the Cross. They pay out between 0.3 and 4x the bet. Finally, the special icon in this game is the wild represented by Max Dangerous.

Max Dangerous and the Lost Relics is played on a 5-reel 4-row playing board with 50 fixed pay lines. To create winning combinations in this game, players must land three or more of the same symbols across a pay line from left to right, starting on the leftmost reel.

The betting range for Max Dangerous and the Lost Relics is 10p to as much as £15per spin. To change your betting level per spin, use the bet adjuster tool located at the bottom of the playing window.

The first couple of features are relatively standard; they are the wild and cascade features already explained in the introduction above. However, the bulk of the bonus content in this game depends on the five different meters that players will see to the side of the board. Each represents a different symbol – whip, plane, skull, hat and chalice. Whenever you land a winning combination with any of these symbols involved, the corresponding meters will fill up. Once you fill one of these meters, a bonus will be triggered. Each feature is different.

When you fill the whip meter, it turns all regular symbols into multiplying symbols. All of these multipliers are then combined to create one large multiplier value, applied to a win.

On the other hand, the plane meter replaces some symbols with new icons of the same kind, giving you a chance for big wins.
When filled, the skull meter grants you three sticky wild icons to be placed onto the board at random. Next is the hat meter, which replaces the first three symbols in the second reel with wild symbols when filled. This helps to encourage a greater flow of cascades.

Finally, there is the chalice meter. When you fill this meter, you are given 12 free spins. Unlike in the base game, some of the meters in the free spins don't reset when complete, giving you more chances to trigger features.

This game will be a winner if you love Indiana Jones. But even if you aren't a fan, there are plenty of original features and entertaining gameplay set up that should have most people engrossed, at least in the first couple of games. The volatility and top prize not being disclosed are a bit of a pain, plus the RTP is pretty low, so it might be worth just playing this one for kicks.

How many reels does Max Dangerous and the Lost Relics have to play on?

The top payout for this game has not been disclosed by the providers.

Yes, Max Dangerous and the Lost Relics is optimised for all mobile devices.

What is the max RTP for Max Dangerous and the Lost Relics?

The RTP for Max Dangerous and the Lost Relics is 95.3%

What is the betting range for Max Dangerous and the Lost Relics?

The betting range for Max Dangerous and the Lost Relics is 20p to £25.

for playing with Max Dangerous and the Lost Relics: