If there's one thing you can immediately notice about Triple Cherry, it's that it doesn't look like anything you've seen before. Its name, and consequently the logo, is quite curious: you can write it as 3Cherry or as Triple Cherry. The allusion is clear, and it is one of the most classic symbols of slot machines, since the time of the legendary Liberty Bell: the cherry. In fact, Triple Cherry is a software provider that has many slot machines in its catalog. Unique, distinctive slot machines that seem to open a whole new perspective to the iGaming of the future. Discover them with us, and play the Demos you find on this page! 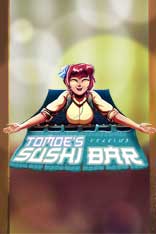 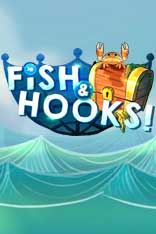 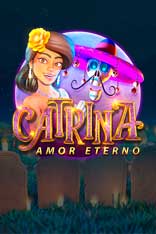 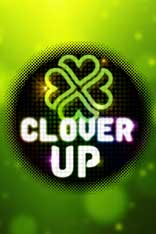 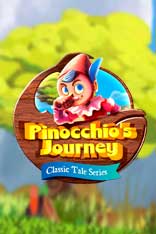 Once upon a time there was Akamon. In fact, you must know that the experience of Triple Cherry, or at least that of three of its founders, starts from this reality that perhaps will not tell you much, but which is very popular in Latin America. Akamon was created in 2011, and is a social portal dedicated to videogames that has acquired a lot of diffusion, albeit in a short time. Mindful of this experience, Carles Pons, Daniel G-Blázquez and Jose Vicente decided to create something similar that went beyond the boundaries of pure and simple gaming and landed in the world of online gambling, or real money gambling. The three of them were also joined by Juan Antonio Galindo. All four have combined their respective experiences to attempt to give an entirely new footprint to online casino slot machines, founding Triple Cherry in 2018. The portfolio of this provider is still small, but every single game released is a real treat for the eyes. With simple but captivating graphics, with a background of stories and settings worthy of great film productions, Triple Cherry slot machines seem intent on creating a new tradition of games, definitely dedicated to a 2.0 audience.

Slot machines that look to the future

Triple Cherry’s soul is that of Juan Antonio Galindo, who is at the same time an investor, but also a digital artist and expert in digital media. The previous experience in Akamon of the other three founding partners, however, is felt very much in the Triple Cherry portfolio, which certainly stands out for its originality compared to the slot machines of other software providers. If you log into an online casino that also includes TripleCherry titles, you won’t be able to help but tell them apart on the fly. The first thing you can notice is the fresh, immediate, almost light-hearted imprint that the graphic approach has. Some game slot online are comic-style, while others are made in 3D. But always the design is very simple, immediate, suitable for hit and run use which is the typical one of the player who tries his hand at slots using mobile devices.

Another very intriguing aspect concerns storytelling. Triple Cherry slot machines very often tell real stories, and even when they deal with common topics in the world of slot machines, such as Nile Treasures, they do so in a completely new and unprecedented way. Sometimes, programmers draw on themes that are closest to the native culture (don’t forget that Triple Cherry is based in Spain, and that its main target market is Latin America). This happens, for example, with the slot Catrina: Amor Eterno, which is a tribute to the poignant tradition of Dia de los Muertos, against the backdrop of a romantic love story.

There are some technical aspects of Triple Cherry slot machines to consider. They are all made with the HTML5 language. This makes it possible to play any title produced by this software provider on both fixed devices, such as your home desktop computer, as well as mobile devices. The games are able to adapt to any type of screen and do not encounter any kind of difficulty with most popular operating systems. Each title is packed with a fine understanding and refinement of computer coding, ensuring that the gaming experience is very fluid and immediate, without delays or slowdowns related to technical bugs or computer defects. Gameplay creation work is always done to introduce features and mini games fitting perfectly into the flow of a game and allows the player to experience a few more thrills than just spinning the reels. The 3D graphics, which cannot be defined as realistic but which instead tends to introduce the player to a fantastic and fun world, helps to make the game immersive and immediate.

RTP value most important factors when playing for real money. In the case of Triple Cherry slot machines it should be noted that this value is not theoretical, as happens in most cases, but is extracted on the basis of a mathematical model calculated on 1000 million spins. This allows a much higher degree of likelihood, even compared with the other value to be kept in mind by the players which is the volatility, or variance.


Slot machines can be played with as many as 100 different currencies and use about 15 different languages ​​including Italian, English, French, but also Turkish and Mandarin. You can find them in the best online casinos as they carry the iTechLabs and Gaming Labs Certified certifications. Let’s analyze now some of the titles that we also present to you on this page. Here you can play with the Demo versions of the games, which Triple Cherry makes available to everyone to familiarize themselves with features and characters.

Enter the magical world of Triple Cherry: you will surely fall in love with its original slot machines too!