The developers at Pragmatic Play are proud to announce their up-and-coming release Fishin Reels. Reel Time Gaming released Fishin’ Frenzy in 2014 and the slot has appeared in various set ups ever since. As well as having a Megaways makeover, the bonus game collector system is still hugely popular amongst both developers and players alike. Pragmatic Play liked this concept so much that they have created their own take on the hugely successful Fishin’ Frenzy. Fishin’ Reels provides players with all the gameplay that made the original slot such a hit, but they have also added a second bonus game to make this new release unique. 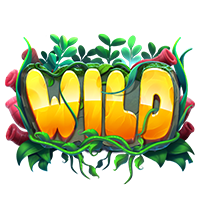 Fishin’ Reels has five transparent reels, which gives players a clear view of under the sea with fishes swimming, bubbles rising to the top and shadows cast over the bed of the ocean. The water is crystal clear with the rays of the sun bouncing off the water, creating a serene scene reminiscent of a tropical paradise by the sea where you can have fun swimming, maybe catching a fish or two to grill on the beach later.

The soundtrack in the base game is rather monotonous, however when you land the free spins the lead banjo player unleashes his inner musician and literally goes wild, and the graphics are certainly an upgrade from the original. Therefore, if you are looking for a vibrant yet cute slot rather than the old school original this could be the one for you.

When it comes to the symbols these are as bright as the rest of this game, and you can expect to come across the lower paying symbols which include the 4 card suits, clubs, diamonds, hearts, and spades, as well as flippers and snorkelling gear. There are also the following high paying symbols which are the starfish, lobsters, and frogs which will reward you with 30x – 50x your bet. The final symbol is a cheeky looking fish which pays out when you land two but landing five will pay you 100x your bet. Finally, there is the wild that will only show up on your 2nd, 3rd, or 4th reels and can substitute for all the symbols except the bonus, fisherman, or fish money symbols to create winning combinations.

When it comes to the statistics these are all good with the default return to player standing at 96.5% which is high and the norm from Pragmatic Play. The volatility is at the highest end of the scale rated at 5/5. The bet range stands at 10p per spin up to a maximum of £100 per spin and there are 10 pay lines for you to create winning combinations of three or more. 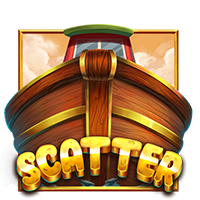 If you like reeling in the wins you will find the classic features that are included in Fishin’ Reels plus a new addition, but do not start worrying as you do still have to bait and pull fish from the water.

One of the trophy fish that you can find in the ocean is the spiked nose marlin, and you will want to see this during your game play. The marlin is the bonus symbol, and when you land 3, 4, or 5, on your reels you will be rewarded with 10, 12 or 15 free spins, respectively. However, Pragmatic Play have made one of the most significant changes here as instead of going headlong into the free spins you get to choose option 1 or 2 whichever suits you best. To the left there is a Reel ‘Em which pays less but more often, whilst the one on the right is the Big Catch which pays less often but with bigger amounts and here is what you can expect:
Reel ‘Em is the standard bonus game where fish symbols land and have a cash value attached to them which equates to 0.5x to 250x you bet. If you land the fishman symbols at the same time on your 5th reel, he will then reel in the values for you to collect, you may also land a symbol represented by the can of worms and if the fisherman reels these in you will be rewarded with +2 free spins each.

The Big Catch introduces the Big Catch symbol which will make random appearances overlaid on top of the other symbols. When you land three of the Big Catch symbols, the fishing mini game is activated after any winnings are paid out, and 2 additional free spins are rewarded. In the bonus game there are eight fish which display values of 0.2x to 250x the total bet, the fisherman then casts off and catches one at random and the value is added to the winning pot, and the feature comes to an end when all the 8 fish have been caught or no overlay symbols appear.

Pragmatic Play have succeeded yet again in offering a modern version of a classic slot. The graphics jump off the screen, accompanied by some cheerful if a little repetitive music and a heap of cute animations. This is a light-hearted game despite being highly volatile, and Pragmatic Play have done a fabulous job at bringing the slot bang up to date.

The real bugbear for slot anglers is that the pay outs are not as much as they may like which the maximum up for grabs being 1,200x their bet and this is where the slot wins are capped at. Considering the similarities Fishin’ Reels does provide the same magic as can be found in the original slot but goes one further with the inclusion of an additional extra bonus game.

I enjoyed trialling this slot and was pleased that it was only the fishes that were slippery and not the bonus/features. My rating would be 7/10 and I would recommend all players give the reels a spin or two.

What is the bet range for this slot?

What is the maximum win on offer?

The statistics are good with the default return to player standing at 96.5% and the volatility is at the highest end of the scale rated at 5/5.