The Hand of Midas

Overview – The Hand of Midas 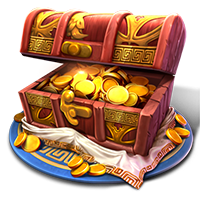 The Hand of Midas is one of the latest releases from the development team at Pragmatic Play. Legend has it that Midas had the capability to turn anything that he touched into gold. This soon backfired on him though as he could not turn his ability off, and all his food or drinks instantly solidified as soon as he touched it. There are some who say that Midas died of starvation whereas others say that Dionysus told Midas to wash in the Pactolus River as this would wash away his gift. All players will be hoping that they too have got “The Midas Touch” at least when they are playing this slot as they too can then be bestowed with all the riches that the slot has to offer.

This slot plays out over 5-reels and 20 pay lines and the slot does have a look at being underwater, why I have no idea! It could be that the developers started by making a slot that was based around Poseidon or Neptune then got bored with the theme or were suddenly inspired and choose Midas for their main character. Regardless of their motivation, it is the sky above the clouds that is in view complete with columns, craggy rocks and steps that lead from a cavern. There are vine leaves that decorate the frame around the reels and everything right down to the logo has a feel of Ancient Greece including the mystical music that you will hear in the background.

As the slot loads you will see five lightning bolts flash across the screen, and they are there to emphasise that this is a slot that has been developed with a high volatility level. By volatility when I trialled this slot, I got almost back-to-back bonus rounds, but I also experienced a lot of dry spells. The potential stands at 5,000x your stake and the default return to players is consistently high at 96.54% but this is something that you expect from Pragmatic Play. When it comes to placing your bet, the minimum is just 20p per spin which rises to a maximum of £100 per spin and this is a good range that is sure to appeal to a variety of players. You can use the Ante Bet feature should you wish, and your bet will then be raised by 25%, but if you do this you will add more scatters to your reels which then doubles your chances of activating the free spins feature.

The Hand of Midas is conventional in terms of the rules, with winning combinations being created by landing three or more of the same symbols landing on the 1st reel and moving across the reels. When it comes to the symbols you will be playing with there are 12 in total and this is 6 lower paying symbols and 6 higher paying premium symbols. The low payers are the usual playing cards, and they range from 9 through to Ace, whereas the higher value symbols are presented by goblets, fruit bowls, treasure chests, Midas’ daughter who is crafted from solid gold, Dionysus, and the main character Midas. When you land five of the same premium symbol you will be rewarded with 5x to 20x your stake. 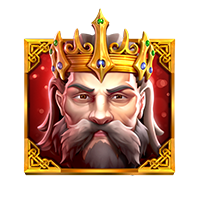 When it comes to slot games there is one combination that is always going to help players out, this being sticky wild and multipliers and this slot gives players both, in all phases of the game. The base game is not as impressive but still rewards you when wild symbols land, as they add a random multiplier of 1x, 2x, or 3x, to your win amount. On the right of your reels the current active multiplier is displayed. If you land wilds on your 2nd, 3rd, or 4th, reels they replace the pay symbols and multipliers are added together where you have two or more on your screen at once.

The scatter in this slot is depicted by the strange hand symbol and this activates the free spins. Before the round of free spins starts all the symbols are cleared off your reels and there are mini slots that appear in the reels where the activating scatters were positioned. Each mini slot spins and will award you with 1, 2, or 3 spins per reel, the total is then carried forward into the bonus round and cannot be reactivated by the scatters.

During the free spins feature when you land a wild this adds to the win multiplier as they do in the base game however there are two major changes. The first is that the wild becomes sticky and remains in the same position for the whole feature and the win multiplier does not re-set between spins, it either stays the same or increases. The free spins are also complete with a minimum win guarantee and this is calculated by the number of scatters that have activated the feature, therefore if you land 3, 4, or 5, scatters you are guaranteed a win of 10x, 20x, or 30x, your total bet. If your bonus round comes to an end and you have not reached the minimum amount the free spins round is reactivated.

Dependent on where you are playing you may have the option to purchase free spins from the base game. There are three options on offers these being, 100x, 200x, or 300x your total bet and for this you are rewarded with 3, 4, or 5, scatters.

When testing this slot was an overall enjoyable experience, apart from the strange visuals the theme has been dealt with well including the cartoon characters that prove some light relief from the heavy story line. I found it hard to dislike any of this slot, but it does get me thinking that if the slot were a vehicle it would be reliable rather than a real head turner as everything is decent, yet the slot does quietly go about its business and gets the job done! My personal rating for this slot would be a solid 7.5/10 and I do recommend all players to give you a spin or two.

What is the return to player offered?

The default return to player offered is a respectable 96.54%.

Can you purchase free spins, and if so, how much does this cost?

What features can you expect to get?

The features on offer in The Hand of Midas are free spins and multipliers.

What is the volatility rating?

The Hand of Midas has been rated by the developers as highly volatile.