for playing with Elemento:
TAGS most-popularresponsive

Elemento is one of the latest additions to the Fantasma Games portfolio. As you may have guessed from the name it’s a game based on the four elements: Earth, Air, Fire and Water. This grid slot game is first of its kind from Fantasma, who have pushed the boat out with this one. Some of the key features include a large grid and a range of different extras, including avalanches, the Element Wilds, multipliers, free spins and more. 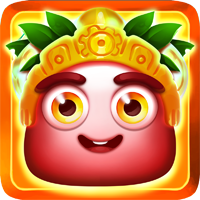 The game environment is bright, colourful and familiar for those who enjoy a grid slot game. The action takes place in two different areas: the Play Area, where symbols sit within a 7x7 inner grid, and the Element Area, the outer ring that houses the modifier symbols - making it a 9x9 game overall. Unlike Fantasma’s many other games, there’s no distinctive background or theme here. While they usually base their games on a fantasy-based element, the game design is relatively straightforward. This keeps the focus on the gameplay itself. Elemento’s return to player has a rate of 96.33%, which makes it a pretty reliable grid. In some locations, it’s possible to feature buy, which increases the rate to 97.94%. The game has high volatility, which features plenty of cruising and stretches of avalanches. With some big prizes at stake, there’s potential for some exciting gameplay.

The regular pays are made up of eight symbols, 4 x high, 4 x low. Low symbols include little greens and big greens, purples, and a red. Next are some characters that can be worth anything from 6 to 20x the stake when there are at least 15 present. 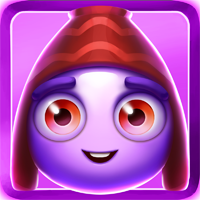 Elemento uses a cluster pay system for successfully matching five symbols in either a horizontal or vertical line. After each cluster match, they’re dropped from the board and replaced with new symbols through avalanches. It’s possible to enjoy multiple wins with the avalanches until the clusters run out. What’s great about Elemento is that there are multiple features that can help players earn a payout. When you spin, wild symbols appear within the Element Area, and continue to move around the grid after an avalanche. Where there are Element Wilds present, they will be activated during a cluster win, which will also add 1 to the Element Meter, and played out at the end of an avalanche stretch. This happens in a specific order:

You can earn five free spins if you activate all of the Element Wild symbols. During a free spin, a multiplier occurs, upping by one each time, with a maximum of 99x. If you are able to access the feature buy button, the bonus will be activated immediately. Priced at 60x the bet, it can be a good way to earn free spins.

Elemento has great gameplay, even if the theme isn’t what players would normally experience from Fantasma Games. Gameplay can feel a little on the slow side, with sequences playing out longer than you might expect. The different features make Elemento a fun game to play, with various options to win that will keep players entertained. There’s some challenge to the game that can enable you to win some free spins. As far as prizes go, the 16000x your stake is a tempting prize to play for. While it won’t break the mould, Elemento has a great design and enjoyable gameplay that will make this a popular choice.

What prizes are available?

The game has maximum payout of 16000x the stake.

Is there a free version?

Yes, there is a free version to play.

What devices can Elemento be played on?

Elemento can be played on all devices, including mobile and desktop devices.

for playing with Elemento: