Designed by Fantasma Games, Golden Castle is their latest fantasy-themed offering - this time featuring a medieval castle. But unlike some games companies that would churn out the same type of games over and over, they’ve used unique row, reel and symbol combinations for their spooky Titanways game. Keep an eye out for the ghosts and ghouls! 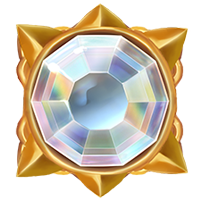 Golden Castle is set in a medieval-themed environment, but with a haunting edge. The king of the Golden Castle sits atop the castle gates where the gameplay takes place. There’s a chilling edge to the environment, with an ominous soundtrack and ghosts and gargoyles galore. But in contrast to the bleak castle are the rich jewel colours that are sure to hold your attention while you focus on the prize. Golden Castle is available to play on multiple devices, including desktop and mobile devices. The minimum stake is 20 per spin up to £50 per spin. The return to player has two different forms. The basic value is 96.34%, and after the feature buy is activated, it jumps to 97.12%. If you decide to buy some free spins, the gamble could pay off, as the big prize will payout at 20x the stake.

The game uses Fantasma’s Titanways system across a 6 x 6 grid, although the symbols can land in a variety of sizes across the reels. To win, you need 3+ symbols to land on adjacent reels, starting with the first. Each symbol is a gemstone of various colours, which are worth different values, with six of a kind earning you 1x your stake, with up to 10x for getting six diamonds. 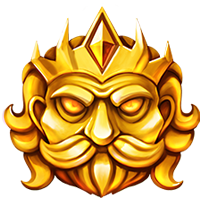 If you’re interested in earning some bigger prizes, the Phantom Free Spins are where they’ll happen. This occurs after securing numerous bonus symbol. The game also has an avalanche prize feature, and further prizes to be won if you can find the Ghost King symbol. Once symbols have been once, they drop from the board before being replaced by new ones and it is possible to enjoy multiple wins if the symbols align. Spaces caused by gaps created by larger symbols are cleared to make way for new ones. When you see the Ghost King, the Wild Haunt begins. During this period, a symbol breaks down into the smaller 1x1 tiles, and could even become wild symbols. Eventually, the Ghost King becomes wild, and the feature will come to an end. You can earn 10 Phantom Free Spins if you land three scatter symbols during a spin. This will begin a 1x1 win multiplier, which increases by 1 with each new avalanche. Some locations are able to buy free spins in addition to the triggers. If you paid 70x your stake, you’ll access the higher rate to player of 97.12% as part of a bonus round.

When playing Golden Castle, there’s a familiarity that lets you know you’re playing a Fantasma game. It has a lot going for it, but may not be quite as out there as free online slots like Hades River of Souls, but it is a great effort nonetheless. It’s entertaining and provides a wonderful escape in its ghoulish world. The music can be a lot to take at times, but it all adds to the ambience. What’s great about Fantasma Games is that they are incredibly unique, so you’re always in for something a bit different. The Titanways platform provides some interesting features, although it might not be everyone’s cup of tea. Players might be disappointed with scoring of the symbols, with larger symbols taking up more space, but still only counting as one. While providing some entertainment and a break from general gameplay, the bonus games and features could be a little more innovative. But with some high prize potential of up to 20000x the stake, it does offer a lot of thrills and possibilities. Overall, Golden Castle is a fair effort for Fantasma, and a great way to introduce Titanways. If it were a real-life castle, you’d probably visit it on an occasional basis, instead of paying for the annual pass. A 6 out of 10 for this one.

What prizes are available?

There are multiple prizes available, starting at 1x your steak up to a huge 20000x.

Is there a free version?

Yes, there is a free version available. This can be useful for helping you get to know Titanways before you start placing a paid-for bet.

What devices can Golden Castle be played on?

You can play Golden Castle on devices including mobile and desktop, allowing you to play at home or on the move.

for playing with Golden Castle: