HomeGamesSlotG gamesThe good the bad and the ugly

for playing with The Good, The Bad and The Ugly:
TAGS Latestresponsive

The Good, The Bad and the Ugly Overview

Directed by Sergio Leone and starred in by Clint Eastwood, The Good, The Bad, and The Ugly is perhaps the most iconic western film of all time. Although first and foremost associated with the American actor, the film was actually developed by a mostly Italian group of producers, screenwriters and directors. This incredible film is what the latest slot by G Games has based its theme around, and they haven't done such a bad job. That being said, the narrative of this slot is nowhere near the film, yet they can probably be forgiven for that.

The features for this game entertainingly are structured after the 3 main characters in the movie and a wild bonus. The wild bonus uses five different wild icons, each of which can substitute for any other regular symbol barring the scatter to help form wins. On the other hand, the bonus rounds start with the Good – ten bonus spins with sticky wilds. The Bad bonus involves free spins and multipliers. Whereas the Ugly is a straight-up free spin round, with players looking for instant cashouts. 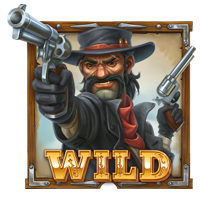 As we have already established, the theme for this game is the 1966 epic western, The Good, The Bad and the Ugly. This means a screen made to look like an old western town, with simple wooden buildings, dirt roads and an expanse beyond the town that heads into the mythical American West. Being a bank robbery based film, there are also safes, gold bullion, and riches beyond the wildest dreams of any player. G Games have also managed to get a decent approximation of the original soundtrack over the top of the game, which was one of the best things about the movie.

The background for The Good, The Bad and The Ugly is a town out west where tense and dramatic shootouts are usually set. The reels' left and right are rows of buildings such as saloons, tool shops, stables, and banks. Beyond these dust-covered ramshackle buildings is an opening into the wild west. On the other hand, the board is the gateway to the town, created from wooden planks, with the name of the game written in metal signage at the top of the gate.

The symbols for this game are split into high-paying, low-paying and special symbols. The low-paying symbols for this game are the 10, J, Q, K and A in playing card royals. These are then followed by the high-paying symbols, which are the picture symbols such as the pistols, the sheriff badges, the dynamite, the gold ingots, the coins and the safes. The safe is the most valuable symbol, paying out £25 for 5 in a row. Finally, the specials comprise the five different wilds, including the various gunslinger varmints in the movie who are trying to make off with the loot from the bank and the bonus scatter symbol. The scatter is an ornately decorated skull with some sort of viper curled around it. 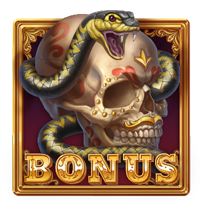 The first bonus in this game is the wild bonus. There are five wilds in this game. Each of them can substitute for any other symbol barring the scatter to help form more wins. Then there are the various free spins round which are activated when players land 3 of the scatter symbols on the reels simultaneously. They each have their own name and playing dynamic. The first bonus round is called The Good. In this round, the sheriff rides into town and provides you with 10 bonus spins, with plenty of wilds on the board that become sticky after they fall.

The second is called The Bad. In this round, the villains come onto the screen to rob the bank. Your role here is to collect dynamite symbols, which grows an attached multiplier all the way up to 50x. Finally, there is The Ugly. This is a simple bonus that encourages you to try and score the highest with the free spins allotted to you and find instant cash bonuses. Wins range from 25x to 100x your stake.

This free slot machine play for fun was never going to be as good as the film, but it did a decent job, and the features and graphics kept things fun and dynamic. If the features triggered a little more often and a few more smaller wins were thrown your way, this could be a much better slot than what it turned out. The RTP is still pretty low here, though, even if the top prize is getting towards interesting at 5,000x your stake. Still, it should be a laugh to play on the demo.

Frequently Asked Questions The Good, The Bad and The Ugly

How many reels does The Good, The Bad and The Ugly have to play on?

This game has 5 standard reels.

The top payout for this game is 5,000x your stake.

Yes, The Good, The Bad and The Ugly is optimised for all mobile devices.

What is the max RTP for The Good, The Bad and The Ugly?

The maximum return to player percentage for The Good, The Bad and The Ugly is 95%.

What is the betting range for The Good, The Bad and The Ugly?

for playing with The Good, The Bad and The Ugly: